Several people are feared dead after a 14-seater-matatu crashed at Maanzoni, Mombasa Road on Monday, August 8.

The Standard has established that one person died on the spot.

While confirming the accident, Machakos Deputy County Commissioner David Rotich said several other people had been rushed to the Machakos Level 5 Hospital for treatment.

"We have lost one of our officers and another has been rushed to hospital," Rotich said. 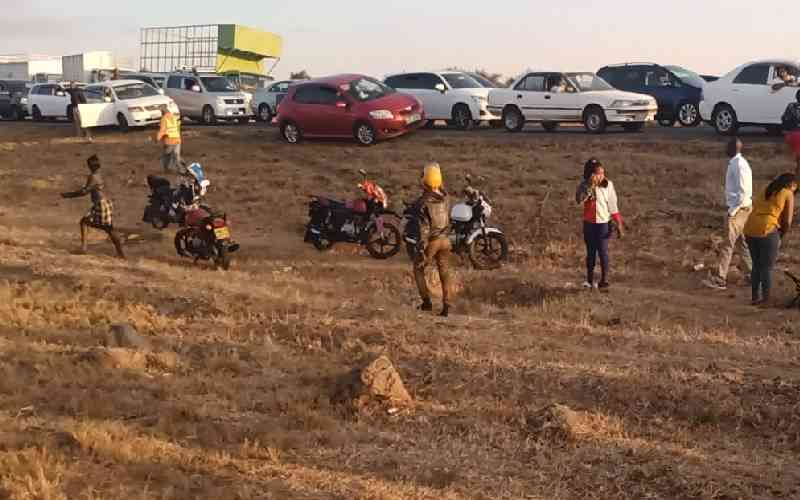 The officer's body has been moved to Montezuma funeral home in Nairobi.

The wreckage of the matatu has been towed to Athi River Police station.