The dockers despite narrowly losing 66-60 in their second and final match on Sunday night against the hosts Club Omnisport de la Police Nationale commonly known as COSPN qualified for the final stage.

At the second round to be played in South Africa next month, the 16 teams will be divided into two groups of eight each where the top three in each group will qualify for the 2023 BAL tournament.

In the group D match against the hosts, KPA were on the driving seat in the first two quarters before the hosts, enjoying massive home support, came from behind to level and went ahead to wrap up the match to take a 2-0 win with an unbeaten record.

The Mombasa-based team fired the first round, led by Kennedy Wachira and American Wade Lowman, who each contributed six points, to get a nine-point lead (23-14).

COSPN narrowed the gap slowly by sticking to their opponents in the second quarter (10-9), as KPA enjoyed a comfortable lead (32-24) at half-time.

In the third quarter, COSPN turned the tables on the dockers to take a three-point lead.

Elly Randriamampionona, who seemed to have lost his sharpshooting skills, was the one to lead the charge as COSPN built their lead with Randriamampionona finishing the game with 14 points, 2 rebounds and 2 and 4 assists.

The 25-year-old was helped in his task by teammate Livio Ratianarivo, who would go on to finish as the game’s top performer with a double-double (12 points, 12 rebounds) to his credit.

“At first, we were a bit tense. And they had a bit of an advantage, being bigger than us. So we decided to change our style of play and focus on our speed to fend them off,” said Ratianarivo. 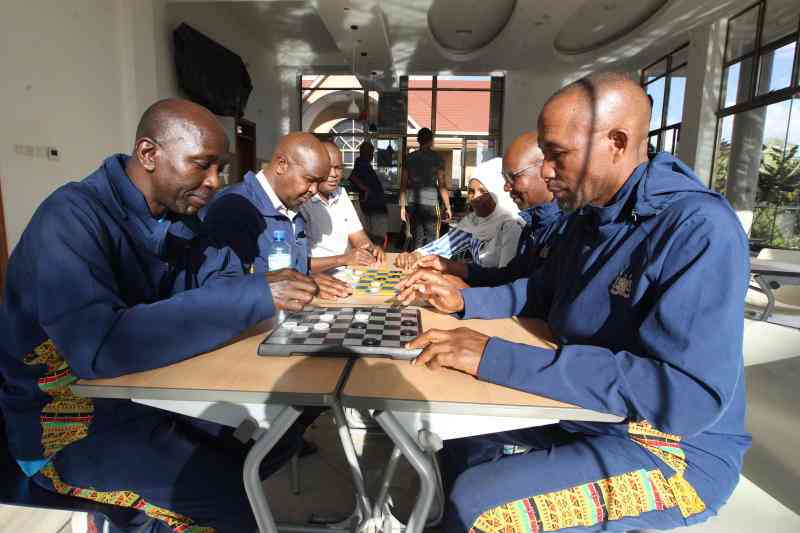