Chelimo and Chebet in mission to bring back 5,000m women gold

Can the women’s 5,000m squad led by Margaret Chelimo, Beatrice Chebet and Gloria Kite deliver victory as the gold medals prove elusive at the ongoing World Athletics Championships in Oregon?

Kenyans had higher expectations of the team but so far they have only collected six medals; one gold medal through Faith Kipyegon who put up a sizzling performance in the women’s 1,500m finals.

The three silver medals are from Hellen Obiri in 10,000m, Judith Korir in marathon and Stanley Waithaka Mburu in men’s 10,000m while Chelimo and Conseslus Kipruto claimed a bronze in women’s 10,000m men’s 3,000m steeplechase respectively.

Chelimo and Chebet qualified automatically from Heat One yesterday while Kite qualified as one of the non-automatic qualifiers after her time in Heat Two where she finished sixth was enough to earn her a ticket to Saturday’s final.

Chelimo and Chebet finished third and fourth in the opening heat.

In the opening heat, Chelimo and Chebet, the 2018 World Under-20 champion ran economically to ensure they reserved energy for the finals.

Ethiopia’s Gudaf Tsegay and Dawit Seyaum showed their intent early in the race but the Kenyan duo stuck to them.

Ethiopia’s Letesenbet Gidey, winner of the 10,000m at these championships won Heat Two in 14.52.27  to signal her intention of securing her second gold medal in Oregon.

Meanwhile, the three medallists in the women’s discus were still taking their lap of honour and posing for photos with fans while the women’s 3000m steeplechase occupied the inner lanes of the track on Wednesday (Thursday in Kenya) at the World Athletics Championships.

“This is my fifth medal in a row, so I know how to act when you are taking a medal at the World Championships,” said Croatia’s Sandra Perkovic. “I think all three of us are deserving to have this applause, because we were really fighting.”

China’s Feng Bin uncorked a monster throw of 69.12m as soon as she stepped into the circle, which exceeded her PB of 66.00m from April by more than three metres. The throw also was the second farthest this year.

Perkovic, who called the competition “one of the most stressful finals I remember”, launched a season’s best throw of 68.45m on her second attempt for the silver medal. Tokyo Olympic champion Valarie Allman took the bronze with a best of 68.30m in the third round to become the first US woman to make the podium in the event in World Championships history.

No one else in the field could get within three metres of the medallists, with Jorinde van Klinken of the Netherlands finishing fourth at 64.97m and defending champion Yaime Perez of Cuba seventh at 63.07m.

And while Perkovic and Allman tried mightily, they could not match Feng. Perkovic’s best attempt in the final three rounds was 67.74m, while Allman’s best was 68.05m.

The 28-year-old Chinese thrower couldn’t duplicate her first-round effort, either, with her next best toss 66.89m.

“I am so excited and I have to say all opponents did a very good job today,” said Feng. “I did not expect this result coming to Eugene. I just wanted to show my best.”

Feng is the second women’s discus world champion from China after Li Yanfeng in 2011.

She said that after failing to reach the final in Tokyo, her coach gave her support and courage. “He pushed me to move forward and to work hard,” Feng said. “He taught me how to not give up. I have a huge respect to all my rivals in this final. I would like to catch them up in the future and to be much more stable with my results.”

Perkovic, 32, who has won two world titles and two Olympic titles, said she came into Oregon with two goals: to throw a season’s best and to beat Allman on her home field.

She accomplished both, but said: “We didn’t expect the Chinese thrower to beat us all.”

Yet Perkovic was thrilled to go home with the silver medal, which made her the first woman to win five medals in the event. She also won golds in 2013 and 2017, silver in 2015 and bronze in 2019.

“Today I know that I have more in my hand, but I couldn’t reach it,” Perkovic said. “I’m glad that after so many years, after 2009 when I first managed going in the final in Berlin, and in 2022 I’m still here and taking the silver medal. So I’m pleased and happy.”

That’s a turnaround from last season, when Perkovic placed fourth at the Tokyo Olympics, missing her first major podium in years.

“I was so disappointed and sad,” she said. The competition in Eugene perked her up. “If somebody told me before the competition that I would beat Valarie and get the silver medal, I would sign immediately,” she said.

“Yeah, I believe that,” Allman said with a laugh, but added, “I feel so much joy for her to earn a medal at this championships. She’s been steadfast in her work ethic, her devotion to this sport and I’m truly happy for her.”

But the US champion had mixed emotions about her own bronze medal.

“It was bittersweet today,” Allman, 27, said. “I feel that I had so much that I could have shown today and it would have been so special to do it here at home. But sometimes you need that extra motivation and I’m definitely gong to take away a lot from not being at the top of podium and I’m excited to use that going forward.”

Allman, who came in with the world-leading mark of 71.46m, set the pace with her first throw of 67.62m, but minutes later Feng surpassed her.

“That was a great throw,” said Allman, who in the qualification round had two fouls before finally producing a legal throw to make the final. “We competed against each other many times in 2019 in the (Wanda) Diamond League. We haven’t seen each other since Tokyo, so it’s always a bit of a mystery as to what shape the Chinese are in. But that was an incredible performance. It only takes one and she did it. Nothing but respect to her.”

Allman couldn’t put her finger on what went wrong for her. “I felt going into the final that you can do everything to prepare to the best of your ability,” she said, “but sometimes the moment just gets away from you. As an athlete, you want that battle. You want to feel that fire inside of you. And gosh, I got to feel it for six rounds and that is such a joy. Normally you want to try to channel that into the throw and I couldn’t find that big one.” 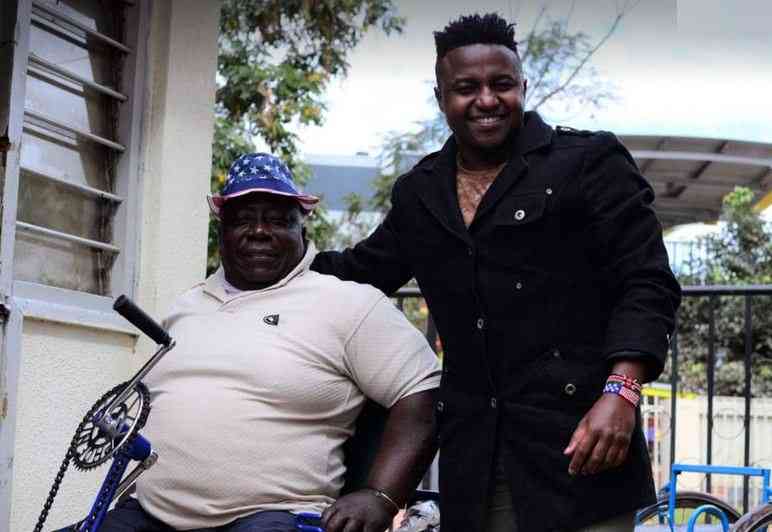 By Stephen Rutto 2 days ago
Athletics
This Sunday: Eyes on Joyciline in London Marathon as injury rules out Brigid