Wanyonyi, 17, followed up his victory in Ostrava on Wednesday with another assured display that belied his age, maintaining himself within striking distance of the lead throughout and finishing strongest in 1:45.47.

Kenya’s Collins Kipruto dropped away to fourth over the final 50 metres, but his compatriots Emmanuel Korir and Olympic silver medallist Ferguson Rotich, the respective Olympic gold and silver medallists, had an even less happy time in warm but blustery conditions, finishing eighth and 10th respectively in 1:46.93 and 1:47.72.

Like the men’s steeplechase, the women’s 3000m produced sustained competition as 2013 world silver medallist Mercy Cherono and European indoor champion Amy-Eloise Markovc battled all the way down the finishing straight before the Kenyan edged home in 8:40.29, 0.03 clear.

Cherono had tracked the US-based Briton round the final bend before striking for home, but Markovc resolutely refused to let any light develop between them and was rewarded with a personal best of 8:40.32, with Ethiopian teenager Medina Eisa third in 8:41.42.

Three years after making his international debut at this meeting – where he finished fourth in 20.51 – Kenny Bednarek returned as the Olympic 200m silver medallist, and he gave a performance in keeping with that standing as he won in 20.21 from lane seven, comfortably clear of South Africa’s Luxolo Adams, who clocked 20.35.

It was a bad night for Kenyans in men’s 3,000m steeplechase –a race often billed as ‘Made in Kenya for Kenyans – as local hero Soufiane El Bakkali won in a world lead of 7:58.28. 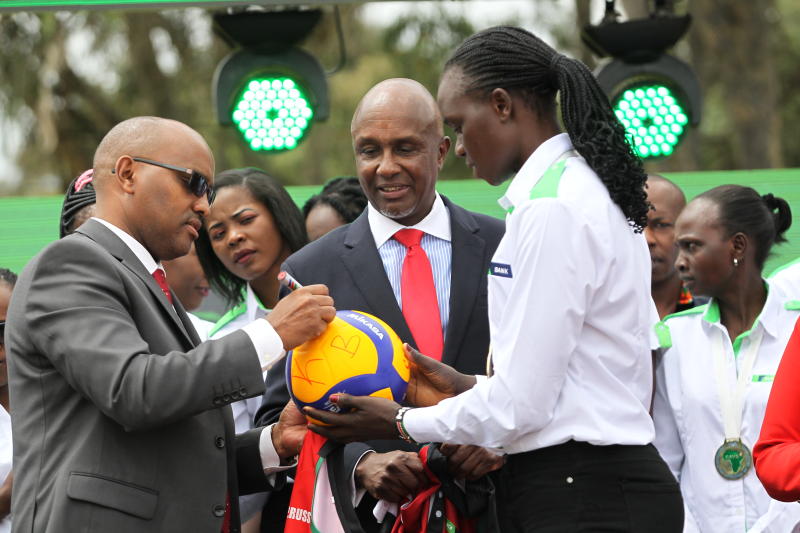 By Odero Charles 2 days ago
Athletics
Premium What Kipchoge and other Kenyans will earn after Berlin Marathon success
.