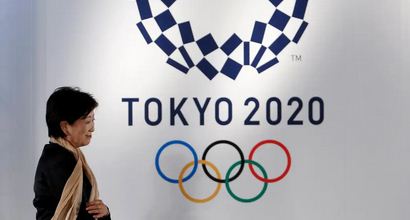 Tokyo 2020 Olympics organisers have not extended sponsors' contracts set to expire at the end of the year, sources said, leaving some questioning whether to continue after COVID-19 forced a delay of the world's largest sporting event.

Postponing the Games for a year has created additional costs for sponsors, including fees to extend contracts, and some wonder whether it's worth doing so, three of the sources said, declining to be identified because the information is not public.

At the same time, sponsors fear damaging their image by abandoning a politically important national project.

"The delay threw financial plans for the Games into disarray and many companies really don't want to pay any more," said one of the sources, an Olympics insider. Sponsors expect the contract extension negotiations to be fraught, said two more of the sources, both from sponsors.

Tokyo 2020 raised a record $3.1 billion in sponsorship money from across corporate Japan through the intercession of sports marketing heavyweight Dentsu, but many companies are reeling from economic damage wrought by the pandemic.

Reuters was not able to establish the potential size of the extension fees. Local sponsors' contracts cover only Tokyo 2020, unlike a smaller number of worldwide sponsors.

Tokyo 2020 is "asking our partners for their ongoing support in the process of extending the contracts," organisers said, adding that although the pandemic has "had a certain impact... we will continue to make every effort to seek understanding and cooperation going forward."

Dentsu did not immediately respond to requests for comment.

Faced with sliding support for the Games - just 24% of Japanese are in favour of holding the event next year, according to a July poll by Kyodo news agency - the national mood further discourages Olympics promotional activity, said another source, an Olympics insider, and a fifth source from a sponsor.

Companies are already trying to cut spending in the face of an economic slowdown, and some sponsors question what benefit there is to backing the event.

"While some sponsors see benefits even with reduced attendance at the Games, for others its hard to see the point," said one of the sponsor sources.

The sponsorship contracts are one of many problems for Olympics organisers as they scramble to demonstrate the viability of the delayed Games and ensure safety for athletes and spectators.

The success of the Tokyo 2020 is likely to be a top priority for the successor to outgoing Prime Minister Shinzo Abe. Chief Cabinet Secretary Yoshihide Suga, considered a favourite for the job, this week emphasized Japan's resolve to hold the event.

The status of the Games as a national project continues to exert pull over worried sponsors.

"If other sponsors extend and only we don't cooperate, that'll make waves - that's what we want to avoid," said one of the sponsor sources.