Korio had been slapped with a provisional suspension in May after he failed three whereabouts cases and missed planned anti-doping tests.

The Kenyan road runner was given an opportunity to present his case before the AIU, but his submission failed to convince the anti-doping sleuths.

"The athlete failed to respond and to provide any explanation concerning the apparent three missed tests," the AIU said in a statement on Friday.

The athletics body ruled that Korio will face the bane of forfeiture of any awards, medals, points, titles and appearance money which he may have earned starting July last year. 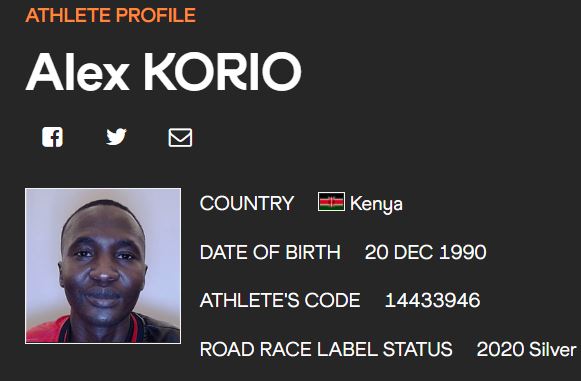 Current Kenyan law stipulates a jail term of up to three years for support staff found guilty in connection with doping, but not for athletes.

During a meeting with veteran athletes, CS Mohamed said that they were working closely with ADAK to present the document to Parliament for debate.

If the Bill is passed, offenders will serve jail terms as the country intensifies its fight against the vice.

From 2004 to August 2018, 138 Kenyan athletes tested positive for performance-enhancing drugs, according to a WADA report published in September 2018.

With their high number of dopers, Kenya was placed under category A on the list of countries being watched together with Nigeria, Ethiopia, Bahrain, Morocco, Ukraine and Belarus.

How athletics is running away from decadence and corruption

Talented Bashir on the move | Scoreline
By Dennis Kahohi