Olympic 3,000m steeplechase champion Conseslus Kipruto was lucky to escape unhurt after a road accident on Tuesday along Eldoret–Kapsabet road.

The accident, which happened close to the Eldoret International Airport involved Kipruto’s car and a tractor, which were said to have been moving in the same direction.

A police officer who spoke to the media but requested anonymity explained the ordeal to the media:

“I suspect the driver was overspeeding and wanted to overtake the tractor but since another vehicle was approaching, he was forced to use emergency brakes and lost control - hitting the tractor,” said the police officer as seen on a local news site.

He added that even though the occupants of Kipruto’s vehicle were unhurt, he advised them to go get checked in hospital for any internal injuries.

The vehicle was later towed to Langas Police Station, Eldoret.

Here is a photo seen by Game Yetu of the wreckage: 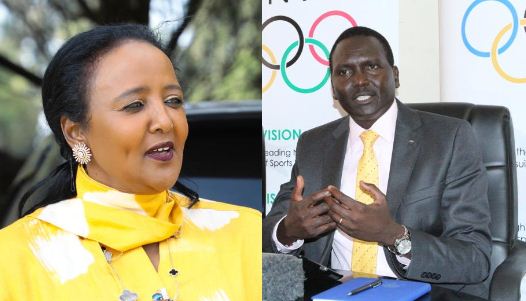