ANZRAH SPEAKS OUT: IOC rules any wrong, promises to investigate 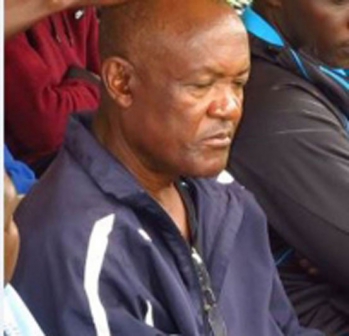 International Olympic Committee (IOC) said there was no preliminary evidence to suggest any attempt to compromise the drug test, "but a horrible mix-up."

"The DCO contacted the doping control manager at this stage. The person explained he needed the accreditation to go to the athletes' dining hall to get breakfast and he was a father of an athlete. We sent the chaperone to the right athlete right away; he was notified and arrived immediately at the Doping Control Station and was tested," IOC added.

Mark Adams, the IOC Director of Communications, said investigations into the incident were ongoing.

But Anzrah, who landed Jomo Kenyatta International Airport on Friday night, said he opted to follow the Doping Control Officer since Rotich would be banned for missing the random dope test.

"They wanted my urine sample but I told them that I am not Ferguson Rotich. They insisted but I decided to buy time to allow Mosonik to call Ferguson Rotich to come for the test," said Anzrah.

Wilfred Bungei, the 2008 Olympic champion, said Anzrah's tribulations were just but highlight of the problems Team Kenya face over the years.

"These things are not new. We have witnessed these over the years and it's high time Government stops it," said Bungei.

By Washington Onyango | 56 minutes ago