Robert Lewandowski was among several Barcelona players to rue missed chances on his return to his former team in a 2-0 loss at Bayern Munich in the Champions League on Tuesday.

Back for the first time since forcing his transfer between the clubs, Lewandowski was frustrated by his own lack of precision and a tough marking job from former teammate Dayot Upamecano.

Two second-half goals in four minutes from Lucas Hernández and Leroy Sané were enough for Bayern to claim its fifth consecutive win over the Catalan team, though it needed a vast improvement after the break from Julian Nagelsmann’s team.

There were some boos from Bayern fans for Lewandowski before kickoff, but mostly applause given his 344 goals over eight hugely successful years at the Bavarian club.

The game started at a furious pace and the first big chance fell to the visitors in the ninth minute when Lewandowski carved out an opening for Gavi to find Pedri, who drew a fine save from Manuel Neuer.

Neuer inadvertently passed to Lewandowski when he was looking for Upamecano shortly afterward. The Bayern goalkeeper was grateful that Upamecano was able to clear the danger.

Barcelona’s players continued to press as Bayern’s looked unsettled. Pedri set up Lewandowski, who uncharacteristically missed from a central position and then went on to miss more good chances.

Barcelona should have had a penalty before the break, when Alphonso Davies brought down Ousmane Dembelé, but the referee waved play on and there was no signal from the VAR official.

Nagelsmann responded at halftime by bringing on Leon Goretzka for Marcel Sabitzer.

Raphinha was the next to go close for Barça, before Goretzka let fly to force a good save from André ter Stegen.

Hernández scored from the resultant corner in the 50th, fourth minutes before Jamal Musiala set up Sané to cut through the visitors’ defense for Bayern’s second.

Pedri struck the post for Barcelona in response after a brilliant flowing move involving Lewandowski — it summed up the visitors’ evening. 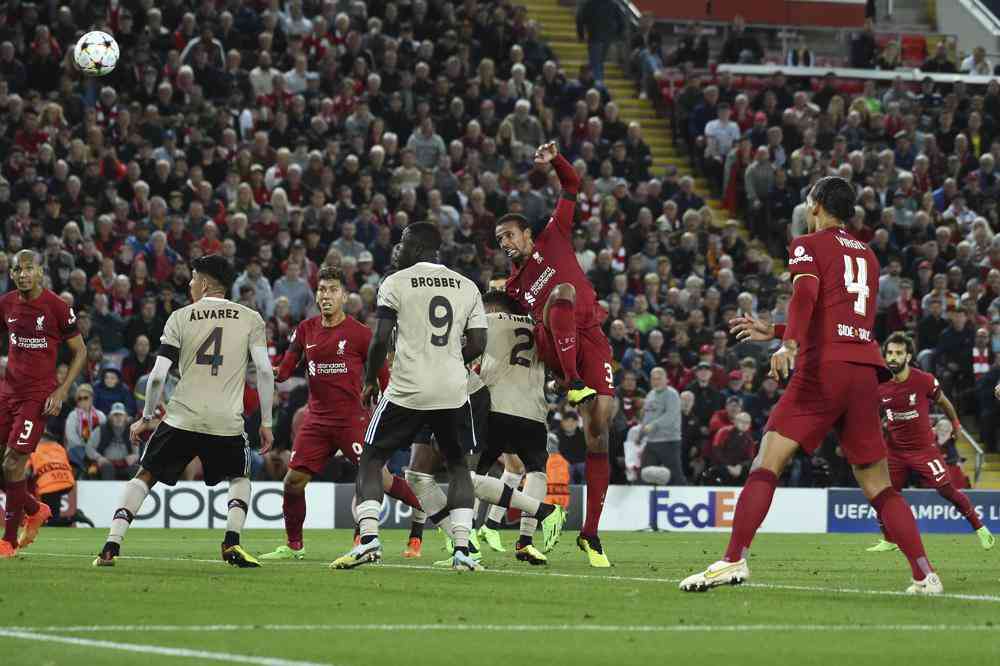