The declaration of President-Elect William Ruto as the winner of the August 9 presidential election heralds a change of guard in the country.

But from poor sports infrastructure to stalled projects that were aimed at helping young talents sharpen their skills and to waning performances in several sporting disciplines, a full in-tray awaits the President-elect, if he is sworn in and ascends to power.

Ruto (if no legal hurdles barricade his route to State House), will be taking over at a time when his dream sports project – Kamariny Stadium in Elgeyo Marakwet remains stalled.
His predecessor, Uhuru Kenyatta, registered several successes in the sports world, but failed to deliver in some areas.

The President-elect had in 2017 (as the Deputy President) promised that the historic Kamariny Stadium in Iten, one of the world’s best training destinations, would be complete in six months, but it never took off.

Several other stadiums such as Kipchoge Stadium in Eldoret, Ruringu in Nyeri, Wote in Makueni and Kinoru in Meru, among others, are not ready to host any major competitions.

The new president will also be getting into office when the country is still smarting up from losing its bid to host the 2025 World Athletics Championships.

The World Athletics, through its president Sabastian Coe, said Kenya lost its hosting bid to Tokyo after an assessment of the country’s two major stadiums – Kasarani and Nyayo revealed they were in a poor state.
This is despite the government pumping millions of money for the renovation of both facilities.
In 2017, Sh4 billion was set aside as the country prepared to host the 2018 Africa Nations Championships (Chan), but still, both stadiums were not where they ought to be in terms of standards.

“There were challenges around the expected venue(s) of the event, which could have needed a great deal of refurbishment, and there was concern expressed by the council about the time-frame and resources that will be needed,” Coe said in July.

The new administration is also taking over the reins of power at a time when athletics, the country’s most successful sport, is flip-flopping.
Athletics is one of Kenya’s successful sports. This is where Kenya has bagged 113 medals cumulatively at the summer Olympics and 161 at the World Athletics Championships.

Improvements in volleyball, football, rally championship, Rugby cricket, basketball and golf among other disciplines, awaits the next executive.
The Sports Fund, which was established to raise cash to facilitate growth and development of the sports industry in the country, had collected over Sh30 billion by last year.

Questions, however, abound how the fund that was set up to train the necessary sports personnel and support the cash award schemes aimed at enhancing competitiveness among the country’s sports men and women is utilised.

“As at October 2021, the Sports Fund had collected Sh30.3 billion since it was operationalised in February 2019, and the money played an integral role in supporting several sporting activities in the country,” Sports Cabinet Secretary Amina Mohamed said in March this year. “ This included cushioning athletes during Covid-19 pandemic, facilitation of our various teams that participated in Tokyo Olympics, footing all expenses of Harambee Stars in 2019 Afcon in Egypt, funding improvement of our sports infrastructure, among other many achievements.”

The fund’s main source of revenue are proceeds from betting, gaming and lotteries.
Rally championships
This year, the country hosted the second edition of the World Rally Championship in Naivasha and sustaining it remains an assignment to be tackled by the new administration.
In June, outgoing President Uhuru Kenyatta confirmed Kenya will continue hosting the World Rally Championship for the next five years as per the sealed agreement with the

International Automobile Federation (FIA). The outgoing president was the patron of the rally.

“The historic nature of this rally is undeniable. Last year (2021), a record of 78 million people in 150 countries watched the rally. In addition, the rally was of great benefit to the country, injecting approximately Sh6 billion in our economy, with every sector sharing in the pie, including: players in the hospitality and transport sectors as well as micro, small and medium enterprises in Naivasha and its surrounding towns,” President Kenyatta said.

It attracted huge numbers of rally enthusiasts in Naivasha while also offering Kenya an opportunity to showcase its wildlife to tourists.

“Indeed, the Safari Rally is one of the toughest rallies in the World Rally Championship series, with a remarkable course that takes drivers into Kenya’s undulated wild and in close view of our diverse wildlife,” Kenyatta said in June.
Golf

Making golf an all-inclusive sport enjoyed by all Kenyans is an onus that faces the in-coming administration.
In recent years, young golfers have found their way to the top of a game played in exclusive clubs.

President Uhuru Kenyatta’s administration had set in motion inclusivity in golf through integration of junior talents.

Each of the two golf tournaments offered a one-million-euro (Sh120 million) prize purse. It will be upon the new administration to sustain the momentum, and host more local and international golf events.

Eighteen-year old Njoroge Kibugu surprisingly emerged the winner in the amateur category at the 2022 edition of the Magical Kenya Open golf tournament after showcasing superb golfing, an indication that young golfers had the potential of conquering the world.
“Golf has had a very long history from its beginning as a sport for the social elites. Today, it is a game that truly demonstrates the face of Kenya with players and fans from all walks of life,” President Kenyatta said last year.

He said in appreciation of the sterling position golf has assumed in Kenya, the government has been setting aside close to USD 2.5 million (Sh300m) every year for the last five years towards organising world-class events such as the Magical Kenya Open golf tournament.
Cricket

Many cricket fans will pray for the return to glorious days. Remember 2003? When the Kenyan team played at the World Cup, they were seen as underdogs, but ended up stunning the world with splendid bowling and fielding displays, combined with outstanding batting.

The Kenyan cricket team’s historic performance that year came when they beat Zimbabwe and Srilanka to qualify for the World Cup semi-finals.
The fairytale ended for the Kenyan team, the only non-test-playing nation to ever make a World Cup semi-final.
What of football? The national team Harambee Stars has been nothing but a flop. The running of football in recent years hasn’t made things any better. Football fans are watching, they are praying for better days too. 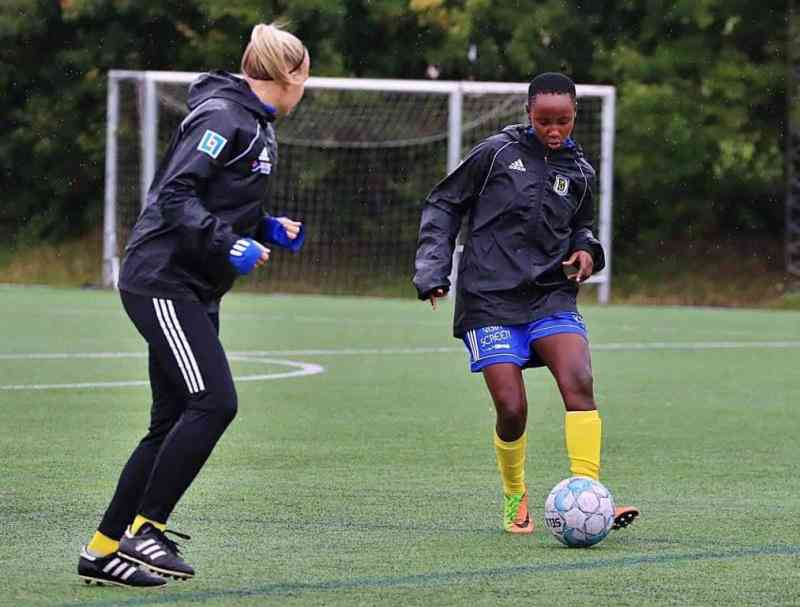 By Xinhua 6 hours ago
Football
Brazil coach Tite: This is why we were beaten by Cameroon