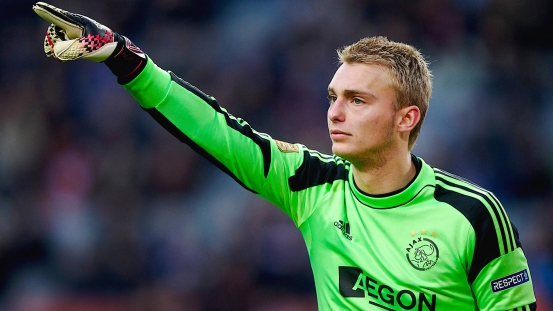 Ajax keeper Jasper Cillessen says a move to Manchester United would be a "great step" - but has declared himself happy in Amsterdam.

The Dutch international has been linked with a reunion with Louis van Gaal this summer, if United lose David De Gea to Real Madrid.

But Cillesen isn't pushing to leave Ajax, where he is the undisputed No.1, and says he's yet to hear anything from his agent.

“I only hear rumours. I don’t worry about it until I hear something from my agent – if I don’t hear anything I’ll enjoy playing at Ajax.

"It would be a great step but I am happy at Ajax.”