Yes, that raw milk is poison to your clients!

Previously in this column, I have written about Brucellosis in cattle. This is a serious disease in dairy enterprises and pastoral systems. The disease is known for its abortions, weak or dead calves at birth, retained placenta and reduced milk production. However, the worst of it all is that there is no effective treatment for Brucellosis in cattle. The other thing about this disease is that; it can be spread to man where its management is equally difficult but luckily it can be cured.

Brucellosis is perhaps the most important zoonotic disease spread through consumption of milk from infected or reservoir cattle and goats to man. Around 500,000 cases of brucellosis are reported globally. In Kenya, the disease was thought prevalent in pastoral areas, attributed to consumption of raw or semi-cooked milk. That has since changed and brucellosis is continually being diagnosed among urban milk consumers; thanks to rampant milk vending and increasing demand for affordable milk.

Consumption of raw milk is still common among many farming communities. However, you can also either drink raw or semi-boiled milk intentionally as skimmed milk in whichever local formulation or unintentionally in your priced tea constituted using semi-cooked milk. Either way this may mark the beginning of a serious health issue that will see you hop from one hospital to another in search of treatment.

I know of an interesting story of a colleague who used to regularly visit a particular high end café within the city centre for a cup of hot milk; being a bachelor at the time perhaps this was his main source of milk. He later, developed some malaria like symptoms and as it is with many Kenyans he self-diagnosed himself and immediately went for anti-malaria tablets but the disease stubbornly stuck. The sweating, backache, intermittent fever, loss of appetite continued forcing him to seek proper medical attention. He was diagnosed with Brucellosis; a disease shared across animals and mainly spread through drinking of milk contaminated with brucella bacteria. My friend didn’t believe that with his social status he had consumed raw or semi-cooked milk. In humans; brucellosis clinical manifestations initially resemble those of malaria, which contributes to its delayed diagnosis and appropriate treatment. Brucellosis is a bacterial zoonotic disease. Clinical signs include fever, shivering and sweating, headaches, back pain and a general body weakness. If not treated immediately, it will result in long lasting fevers, joint pains and physical weaknesses. Severe infections of the brain, spinal cord, or lining of the heart may occur with deadly consequences.

People can get brucellosis by touching infected animals or eating, drinking foods of animal origin contaminated with Brucella bacteria. Use of contaminated utensils can also serve to spread the disease.

Nonetheless; ingestion of contaminated dairy products is the main source of brucellosis infection in human. Contact with afterbirth from positive cows is a major source of the disease to farmers and animal health professionals. Drinking fresh milk or eating dairy products prepared from raw or semi-boiled milk is the main source of infection for most populations. Cow, sheep, goat or camel milk contaminated with Brucella is particularly important in the spread of the disease because they are drunk in large quantities.

The disease is thus common among pastoralists, butcher men, veterinary doctors and dairy farmers. Treatment of human brucellosis can be long and difficult; you will need to take antibiotics for at least several weeks to treat and prevent brucellosis from recurring. It may take up to several months for someone to recover, even with treatment. To control human brucellosis you must start with the prevention of the animal form of the disease through vaccination. Eradication of the disease is through a rigorous testing and culling/killing of positive cases. In human beings the main challenge is disease diagnosis considering the diagnostic tools and also low awareness about the disease.

Hundreds of Maragua residents planted banana stems and tree branches along the Nginda-Gikomora-Kaharo Road to protest its poor state. 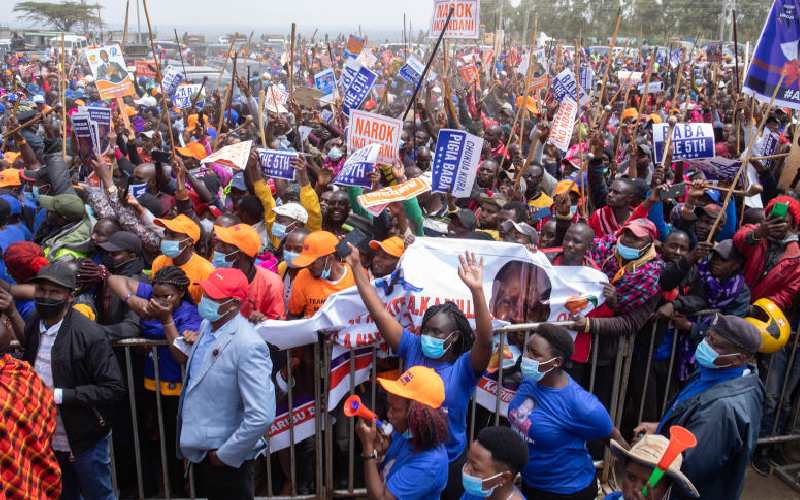