Renowned Kalenjin musician Amon Kipkurui Rono has died after being involved in a road accident at Saos area on Eldama Ravine-Emining road in Baringo.

She said Kaboom, who was riding the motorcycle, was on the wrong lane along the route.

He was coming from Emining, heading to Eldama Ravine Town, before the accident at around 7pm.

The musician died on the spot. 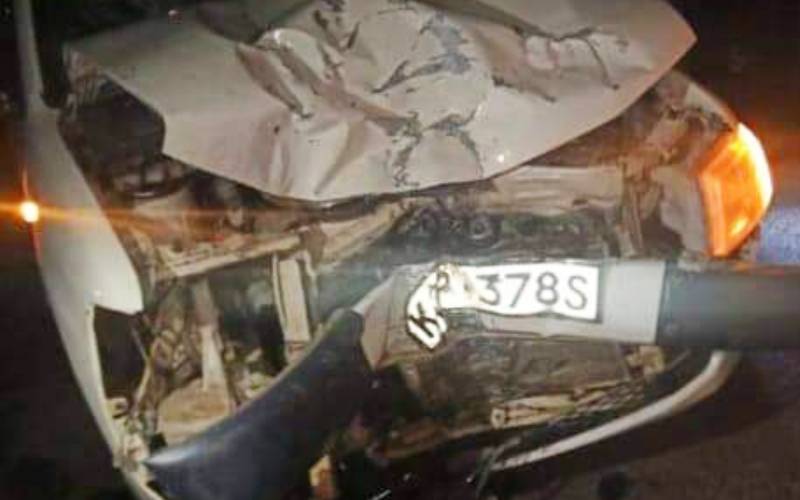 "The musician was riding on the wrong lane of the road. He hit a probox that was coming from the opposite direction, leading to his death," Muleke said.
The body has been taken to Eldama Ravine Hospital morgue, while the vehicle was towed to Mogotio police station.
Kaboom's uncle Eric Mutai told Standard Digital that the family has received news of his demise with profound shock.
"The family is mourning the death of Rono who was a humble and jovial person. We shall miss him," Mutai said.
Kaboom is popularly known for his song Verah and Lulu.
He hails from Londiani, Kericho, though used to reside in Eldama Ravine, according to his family.

By Godfrey Oundoh 25 minutes ago
Baringo, West Pokot curfew extended by a month