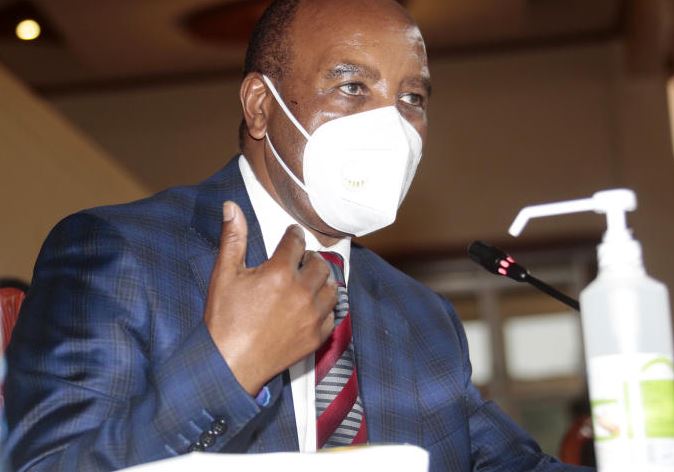 Nyandarua Governor Francis Kimemia (pictured) is at it again.

He again made changes to his county Executive Committee at midnight.

In what appears to be a ‘tradition’ of some sort, Mr. Kimemia made the changes but did not fire any members.

Last year, he made midnight changes that saw four of his executives sacked causing uproar among residents.

All eyes on Uhuru

However, on the night of August 27, no member of his executive committee was fired.

Mr Wangenye, a former Laikipia Kuppet Executive Secretary has been moved to the Education docket.

Njoroge Mwaura, who was the acting County Secretary is now the Finance and Economic Planning Executive, while Dominic Murani who served in the Youth, Gender and Sports department will now be responsible for public administration. He swapped places with Ann Gathigia.

The Gender department previously under Education and Social Services department has since been transferred to the youth docket under the new development.

The Urban development department was also moved from the lands and physical planning to Mr Njues department.

"This is to enable my government offer efficient services to the residents. The changes take effect immediately, " Kimemia said in a statement.