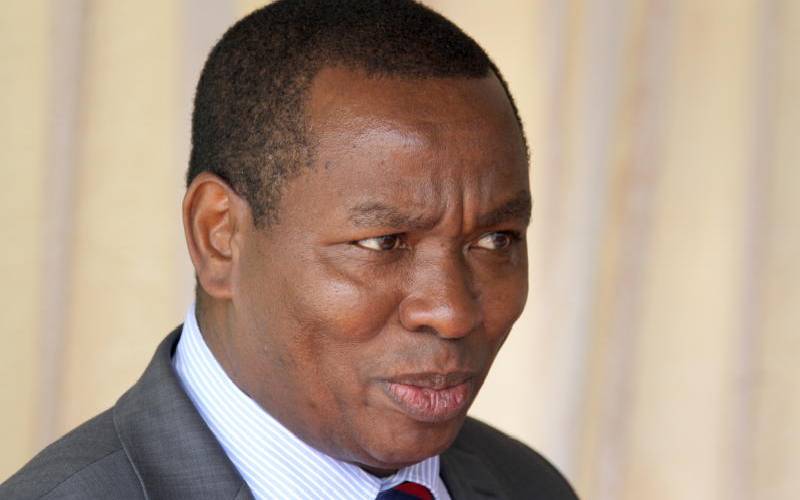 Baringo and Laikipia leaders held meeting to resolve a dispute over ownership of a piece of land along their common border.

Both counties claim ownership to the land, which cuts across Thigio in Githiga and Marmanet Wards of Laikipia County and Kiambogo and Matigari villages in Muchongoi, which is in Baringo.

The dispute arose after individuals from Laikipia started developing some pieces of the land that villagers in Baringo claimed belonged to them.

Documents show the land was previously owned by Laikipia Farmers Cooperative Society, but some individuals who bought the land, have encroached into the Baringo side.

In Baringo side, a huge chunk of the land lay idle after residents vacated due to perennial livestock theft by bandits, and relocated to Muchongoi and Kabel areas, while others left to safer areas.

Over the weekend, Laikipia Governor Ndiritu Muriithi (pictured) and his Baringo counterpart Stanley Kiptis sought to help quell the mounting dispute and called for residents from both regions to remain calm as the government looks for the best solution.

The duo toured the disputed area and said a multi-agency committee comprising relevant departments would be formed to look into the matter and also provide a solution.

Residents claimed they had used the land for decades, but trouble started brewing soon after some investors started developing the land and erecting fences, a view they feel will negatively affect their day-to-day activities.

Mr Kiptis underscored the need for communities to live in harmony.

“Let us be calm as a solution is sought. We should not fight, the land belongs to all of us,” he noted.