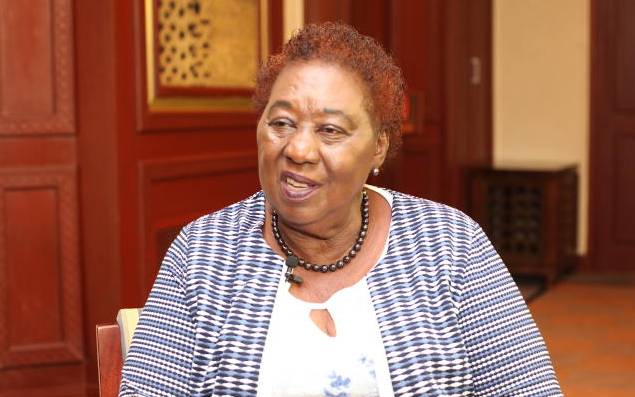 According to Mrs. Kittony (pictured), the robbers whose numbers could not be established carted away electronics worth Sh500,000 and expensive liquor.

The thieves gained access to the hotel after cutting a barbed fence from a neighbouring farm and spent several hours entertaining themselves with free beer during the Tuesday night incident.

The politician said she was alerted by the house-help that the robbery had happened at the hotel.

The robbers who took advantage of the heavy downfall broke the doors into hotel without the knowledge of the guard.

Kittony said the thugs disabled the CCTV system before embarking on their mission, which she believed took over eight hours.

"I was informed by my house help that the hotel had been broken into and several items including expensive electronic equipment and wines were missing,’’ the former senator told the Standard.

Among the items stolen were two television sets, music systems among other several valuables, she said.

"We suspect that the thieves were many and had the knowledge of the building because they disabled the CCTV installed at the hotel before executing their mission,’’ she said.

Kittony condemned the robbery and urged the county security team led by County Commissioner Sam Ojwang to intensify security patrols in the area.

"This is a big blow for me. I’m urging security agents in the area to monitor the movements of idle youths in the county and also intensify security patrols especially on business premises,’’ she said.

The gang is targeting businesses such as hotels and bars which have been closed as a result of the coronavirus.

The County has in the past weeks witnessed incidents of stock theft with butcher operators accused of hiring a gang to steal their livestock.

County Commander Ali Ayub said they are investigating the incident and warned that those involved in the crime will be dealt with accordingly.

"It is true there was a robbery at the hotel. We suspect as an inside job because the way the robbery was executed it was like someone knew the building well even where the CCTV was installed,’’ said the CC.

A 12-year-old girl is believed to be the youngest person to die in Europe after contracting coronavirus.