Moi was also human - people wronged him too 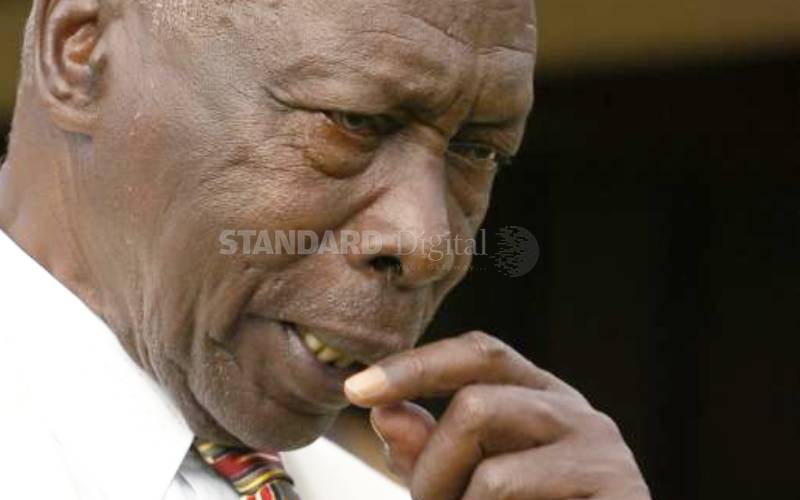 People wronged the late former President Daniel arap Moi (pictured), especially those who attempted to overthrow him in 1982 and like a human being he too wronged people, but what matters is forgiveness, these were the words of Naivasha MP Njeri Wanjiru.

Speaking during the National Assembly special sitting in honour of Mzee Moi, the MP urged Kenyans to emulate Moi by forgiving those who wrong them.

“The most important thing we learn from the late president is forgiveness,” said Wanjiru.

Parliament on Monday afternoon held a special meeting to pay tribute to the former President who died last week at Nairobi Hospital.

The meeting was chaired by House Speaker Justin Muturi.

The House was supposed to resume sittings tomorrow, but it has been adjourned to Thursday to pave way for the mourning period.

Tuesday was declared a public holiday to allow the country mourn Mzee Moi.

A National Service will be conducted tomorrow at Nyayo Stadium before the former President is laid to rest on Wednesday.

National Assembly Majority leader Aden Duale said the adjournment is to give members an opportunity to take part in the internment of Moi.

“This is to allow members, tomorrow and the day after to participate in the burial of our former President that will take place on Wednesday at noon,” he said.

After the House seconded the adjournment, Duale began to condole the late president.

He described Moi as a peaceful man who played a key role in uniting the country.

“We thank Moi for his selfless exemplary service to the republic and for his role in promoting good neighbourliness and stability in the region,” said Duale.

He added that Moi will be remembered for many things, including decentralising education that led to the emergence of many universities.

“He will be remembered together with Presidents Yoweri Museveni of Uganda and Benjamin Mkapa of Tanzania for steering the process of reviving the East African Community,” said Duale.

MPs then poured their condolences to the family, with various legislators stating different fond memories they had with Mzee Moi.

Others urged the House to emulate Kenya’s second President.

A third former Member of Parliament from Kericho dies

Over 200 families stare at eviction