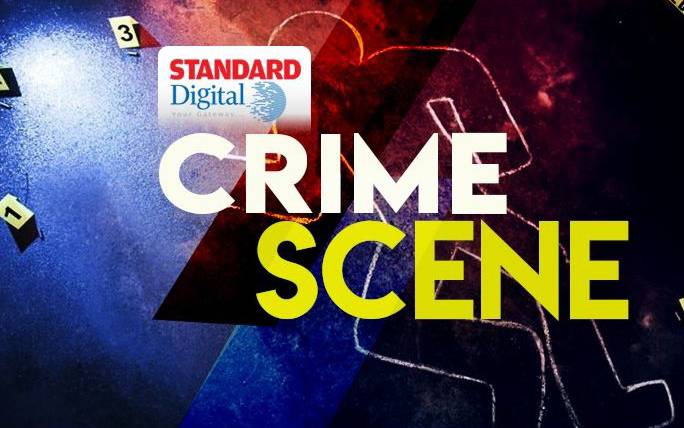 Police in Naivasha are hunting for a woman accused of biting off her boyfriend's tongue during kissing over the weekend.

The unidentified woman aged 23, allegedly tore off her boyfriend's tongue on Saturday evening, spat it out onto the floor before fleeing the scene.

“The two had been drinking for some time when the man started kissing the woman and it’s not clear what caused the woman to turn against her lover,” said Francis Wahome, who witnessed the bizarre incident.

Witnesses said part of the tongue was literally left wagging. The sorry incident which occurred in a bar lit up a discussion among residents in the area.

According to Wahome, the motive behind the attack was still a mystery to them as the man could not talk.

He said that the two were well known as they have been lovers and were frequent visitors to the bar.

“After biting and cutting off a very big chunk of the tongue, the woman fled leaving the man writhing in pain and was rushed to the hospital,” he said.

Area Chief Hassan Guyo confirmed the incident adding that police were looking for the suspect while the man was in great pain and but undergoing treatment.

Guyo admitted that it left many questions unanswered adding that only the victim and the suspect could reveal more.

“The man cannot talk as a big part of his tongue is missing while the suspect responsible for the attack has gone missing,” he said.

Meanwhile, the search for a man who was washed away by River Malewa in Naivasha last week entered the fourth day.

Friends and relatives gathered at the banks of the swollen river with divers unable to venture into the gushing waters in Olmagogo area.

According to a local elder Amos Kimani, the missing man was a worker in the nearby Morendat farm and was in the line of duty when the incident occurred.

“At the moment there is very little that we can do but wait for the body to float as it’s very dangerous to enter into the river at the moment,” he said.

Two weeks ago, the river burst its banks flooding nearby farms and homes but the levels have since dropped.

Glitz and glam at Bomas of Kenya as nation waits the fifth
News
By Fay Ngina
34 mins ago
All eyes on IEBC as presidential results announcement time moved
National
By Mate Tongola
2 hrs ago
Why you should not feed rotten grains to cows
Livestock
By Dr Joseph Othieno
2 hrs ago
Interested in the rabbit business? You do not need a lot of money
Livestock
By Dr Paul Kang’ethe
2 hrs ago
.

By Standard Team 8 hrs ago
Out with the old, in with the new: Rift Valley votes out most MCAs

By Kennedy Gachuhi 13 hrs ago
Take us back to CBD, matatus tell Nakuru governor-elect