Last wishes: Man buried in his old mattress and blanket 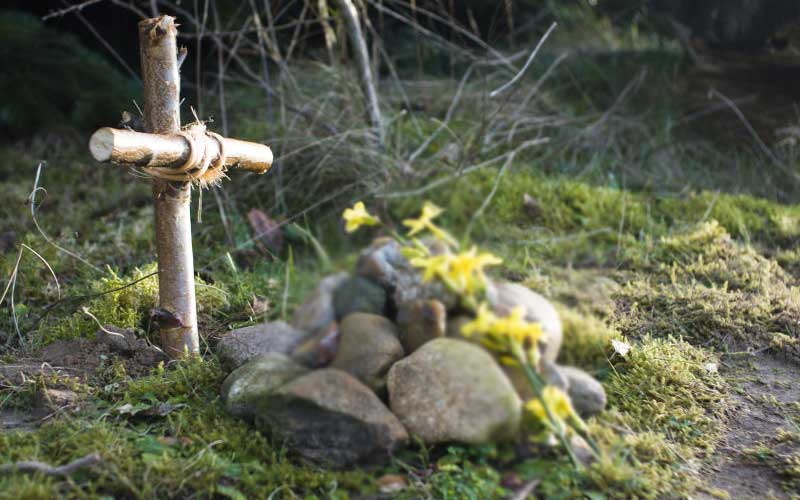 Sachang'wan residents are at shock with the dramatic burial of an 88-year-old man who declined to be interred in a casket. Outsiders were denied access to the event only attended by the family who remained tight-lipped on the process. A section of the residents had trooped to the home at 11am only to be turned away.

SEE ALSO: Give the dead, poor or rich, dignified sendoff

"We are used to burials being conducted in the afternoon and as planned we went to the home in the midmorning. At the gate we found some youths who told us to keep off the home," said James Wainaina, a resident. The youth confronted anyone who attempted to take pictures of the home including journalists whom they declined to speak to. Area Chief Joel Chepkwony, the only administrator allowed to enter the homestead, was briefed by the family before addressing the crowd outside the home. "According to the family the deceased was buried at 9am but it appeared he could have been buried earlier. They said they did so in accordance with the wish of the old man," said Mr Chepkwony. He said the man identified as Joseph Kiama died of age related illnesses on Monday had instructed his family that his burial should not be delayed.

"Mzee Kiama had told his sons that he should be buried with his old mattress and blanket and not a coffin. He also said his body should not be preserved in the morgue but at home where he had died," said Chepkwony. He added: "The family used traditional means of body preservation which included a wet bed made of charcoal and sawdust. We had issued them with a burial permit but locals pleaded with them that he should be buried in a coffin." The late Kiama had also instructed the family not to incur any expenses in feeding mourners at the burial. "The family informed us that they would not go against the wish of the late Mzee Kiama out of fear that a curse would befall them. We were to go and see how he would be buried only to find out they had buried him before any other outsider could arrive. No one knows what kind of ceremony was conducted," said Chepkwony. Journalists who attempted to get a comment from the family were threatened and kicked out of the area by the youth manning the gates.