How Government manufactured the maize crisis 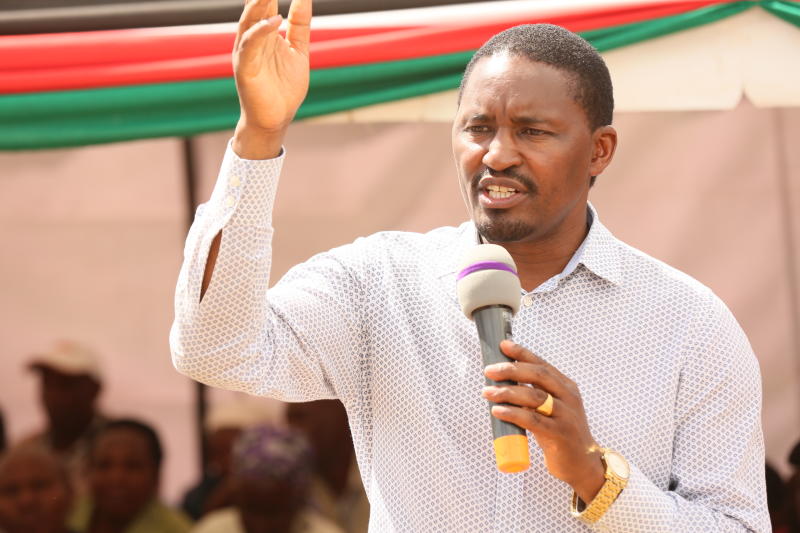 Agriculture Cabinet Secretary Mwangi Kiunjuri (pictured) kicked up a storm when he warned that the price of a two-kg maize flour would skyrocket to Sh150 if the Cabinet does not approve importation of maize.

“In 2018, the area under maize increased by 11.8 per cent while production increased by 20 per cent. This is from the normal production of 34 million to 40.9 million bags,” he said.

A speaker at the event noted that it would not take some time, even a year, before the country flung its borders open for import of the cereal. He even directed retailers to sell a two-kg packet of maizeflour at Sh75, and warned of stern action against those who hike the price.

Additionally, between April and December 2017 - the period when the controversial maize subsidy programme was implemented - some 15 million bags of maize valued at Sh39.6 billion were imported, taking up all the space in the 39 National Cereals and Produce Board (NCPB) depots across the country. NCPB tried to make space for the local maize with little success.

But all this has changed. Suddenly, the country seems to have run out of the cereal. Consumers who had barely enjoyed the lower prices of unga are now being charged as much as Sh120.

When the country experienced bumper harvests in 2018, the price of a bag of maize dramatically dropped so much so that small scale farmers who had leased land sold their produce at a loss, according to a survey by Tegemeo Institute, an agricultural policy think-tank, affiliated to Egerton University.

Reduction in the number

The study showed these farmers spent Sh1,366 to produce a bag of maize but sold it at Sh1,250. Commercial farmers tried a different route. With the raucous backing of politicians- some of whom had bags of maize, they wanted the Government through the NCPB to buy their produce at Sh3,200.

Kwanza MP Ferdinand Wanyonyi, is reported to have remarked in a committee sitting that he had 250,000 bags of maize. But if MPs would have successfully pushed through the price of Sh3,200 a bag, the MP would have pocketed a Sh800 million.

The Government insisted on a price of Sh2,300. With the intervention of the President, the two sides settled on Sh2,500, albeit with the reduction in the number of bags that the Government would acquire.

The big-shot farmers sulkily acceded. And then fate offered them another fighting chance. In addition to the fact that a lot of farmers who had burnt their fingers kept away from the business of growing maize, the long rains of March were also erratic. And then, subsidized fertiliser failed to come early, with Agriculture CS blaming Treasury for delaying to disburse funds for the importation of the input.

Production of maize was certainly going to decline. And far-sighted farmers knew that if they can hold on to their maize for a while, the Government would pull its purse-strings, and buy their produce at their terms.

Millers saw through their scheme and started wailing “fire.” Millers started raising what some thought was a false alarm by claiming that there was shortage of maize in the country.

The Government insisted that the shortage was artificial, and that it would not open the borders to imports. Threats were issued against those were hoarding maize, but they never yielded anything.

Then the CS was forced to go for his last card: threaten farmers that you will open up the borders so they might release their produce to the market. Still, the farmers are not balking.

But as the stand-off continues, and the price of maize flour continues to head for the skies, Kiunjuri is being forced to make good his threats. That will be the beginning of crisis.

“We only consume 1.5 million bags per month. There are more than 760,000 bags at NCPB and we bought another two million bags bringing the total to about 2.8 million bags yet to be sold to millers,” explained Wekesa, noting that by the time the imported maize reaches the country local maize will be getting into the market.

State plans to open window for duty free importation of 12.5 million bags of maize from end of July.

By Obare Osinde | 27 minutes ago

By Osinde Obare | 11 hours ago