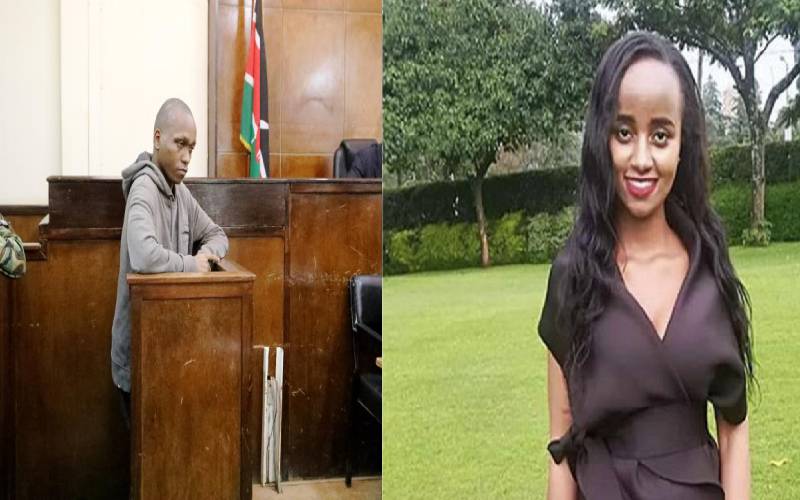 High Court has declined to grant bail to the suspect charged with the murder of Moi University medical student Ivy Wangechi.

In his ruling, Eldoret High Court judge Stephen Githinji said if given bail, Naftali Kinuthia is likely to interfere with witnesses and that releasing him will not be good for his own safety.

Justice Githinji said that some of the witnesses in the case are well known to the suspect and were friends to the deceased.

Kinuthia was accused of planning and executing the shocking murder on April 9 outside the Moi Teaching and Referral Hospital in Eldoret and subsequently charged on April 30 with the student's murder.

Kinuthia had denied the charge and applied to be released on bond.

“The accused person is not a flight risk and he is a Kenyan of sound mind. He is ready to appear before this court whenever required and there is no justifiable reason to deny him bail,” argued his lawyer Mbiyu Kamau.

The request was however opposed by the prosecution team led by Rosemary Karanja.

The suspect has been in police custody since his arrest on April 9, when he allegedly hacked Wangeci with an axe in Eldoret.

Kinuthia allegedly hacked Wangeci severally and efforts by boda boda riders who were near the scene to savethe student failed as he threatened themwith the axe. He was later attacked and beaten up by angry mobs after the incident.

A decade for murder suspect in remand and still counting