Narok County Commissioner George Natembeya has imposed a 12-hour curfew at the clash-prone areas in Narok South following ethnic violence that has so far left one dead,15 injured and 25 houses torched.

Addressing Journalists at his office, the county commissioner said the 6pm to 6am curfew will also include ban on gatherings.

"We are going to restrict movements in the area to ensure that planning of violence will not happen," said Natembeya.

Among those attacked in the wave of violence include a Kenya Forest Service (KFS) officer based at Kass FM who had gone to buy a cigarette at a local shopping center.

Mr Natembeya said the officer was attacked with machete on his neck and was rushed to Narok Referral Hospital where he is recuperating.

Natembeya pledges to push for establishment of university in Trans Nzoia
George Natembeya promised that his administration, will work with the national government to construct a university to in the region.
Western
By Obare Osinde
1 hour ago

Welfare officers want uniform criteria for awarding bursaries
Some NG-CDF funds such as Igembe South in Meru and Nyeri town give bursaries to all secondary school, college and university applicants provided there is proof they are in school.
Central
By Wainaina Ndung'u
11 days ago

Tough options for next regime as Senate okays Sh10tr debt ceiling
When Kibaki took over from the late President Moi in 2002, Kenya's debt was about Sh630 billion while Mzee Jomo Kenyatta left it at Sh1.17 billion by the time he died in 1978.
Business
By Jacob Ngetich
11 days ago 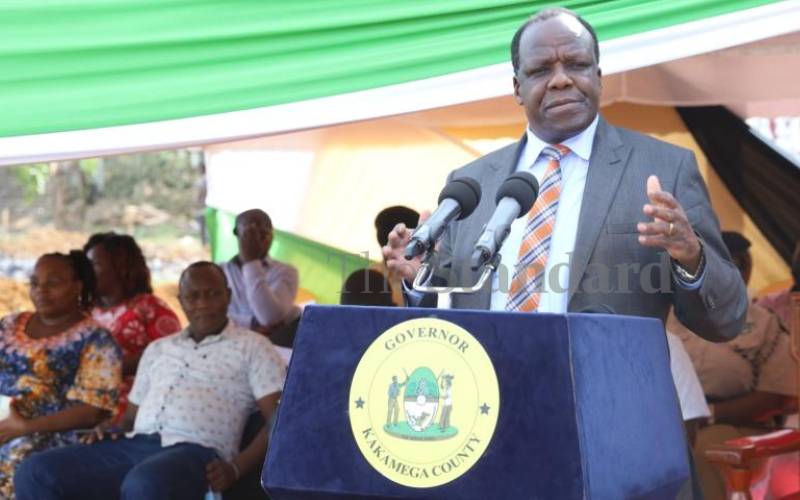 Governor Oparanya urges successor to build on his Sh94b development
Governor Wycliffe Oparanya urged the next regime to take advantage of the sound structures he has put in place to steer the county to greater heights.
Western
By Benard Lusigi
24 days ago
.