Politicians are employing all tricks in the book to appear more popular than their competitors as the country gears towards the August 9 General Election.

While some are crude and against the law, others are meant to fuel propaganda. Strategies being used by aspirants include the tried and tested ones of giving handouts, ferrying people to rallies, hiring goons to attack rivals to the newer forms of manipulating photos to psychologically impress.

“Rigathi has given many people rice, beef, and soda today since he had to do a good job with the Tangatanga high command in town. Being the presidential running mate he could not afford to look bad, plus his 900 member women choir from Mathira was visiting,” claimed Mr Wambugu.

Dagoretti North MP Simba Arati, who is vying for Kisii governor’s seat, was forced to post pictures of his graduation with a Master’s degree from Jaramogi Oginga Odinga University last month after his rivals sponsored a petition to ODM indicating that he did not have a university degree, a requirement for the governor’s position.

In Homa Bay, Woman Rep Gladys Wanga and his rival Evans Kidero are pointing fingers at each other after series of violent incidents.

“Our team witnessed acts of violence and political thuggery targeting my campaign team by a group of hired hooligans supported by one of my competitors, leaving several people injured and an unnecessary damage to property,” she said.

Dr Kidero, through his secretariat, said Wanga cannot claim to be innocent yet she has been perpetrating violence.

“We are getting concerned over frequent attacks on our supporters by people who have been sent by our main opponent. We are calling for tolerance,” said the secretariat in a statement.

In Kirinyaga, Governor Anne Waiguru is complaining that her campaign posters and billboards have been brought down by a rival.

In past elections, some politicians have gone missing only to reappear a few days to polls day claiming their rivals had kidnapped them.

In 1997, it was alleged that government operatives had abducted Moses Muihia, who was an opposition candidate in Gatundu South constituency.

It worked against Uhuru Kenyatta of Kanu. Mr Muihia, who had gone underground for several days, won. The sympathy votes he got may have denied Uhuru victory.

In a similar case in Nyaribari Masaba, legislator Ezekiel Machogu who was on the verge of winning in 2007 but lost after supporters of his rival alleged that he had shot dead two people a day to the elections.

Other traditional tricks deployed in campaigns include defacing campaign posters, corrupting promotional materials for others, all of them punishable electoral offences.

Politicians are also using huge amounts of money in efforts to convince potential voters to support their bids.

A governorship nominee in Nyanza confessed to The Standard that he spent Sh7 million on handouts during the launch of his bid two months ago. Everyone in attendance received Sh500. He admitted that it is difficult to campaign if one does not have money.

Recently, angry members of the public threw away branded caps of an aspirant in Kisii county after he failed to give them money during a meeting.

The marital status of aspirants also seems to matter. Sadly, it’s mostly women who have been branded bad by their rivals for being single or divorced.

“You all know that my key rival is not married and does not have a home anywhere in our county; can we trust such a person as a Woman Rep,” an aspirant in Kisii told a rally recently. 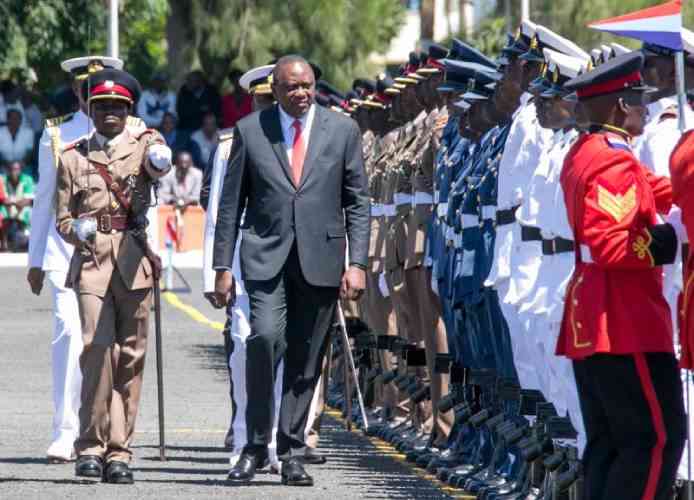 By Stephanie Wangari 2 hours ago
Ruto: I have no apologies over my Uhuru-slapping remarks

By Winfrey Owino 2 hours ago
Wahome: Forget running mate, Ruto will get all Mount Kenya votes

By James Omoro and Olivia Odhiambo 7 hours ago
Premium Raila: Ruto has no moral authority to lecture us