He said that the judgement by the Supreme Court was a validation that BBI was an unconstitutional exercise.

Ruto was speaking in Wajir and Lamu counties where he held a series of public rallies to campaign for Kenya Kwanza coalition.

Ruto said that Kenyans were no longer ignorant to be exploited and misused by those in power.

“Threats, intimidations and coercion cannot transform a country. It is time leaders grew up and competed on the platform of issues,” Ruto said.

Mudavadi said Kenyans cannot continue to suffer because of selfish and greedy individuals.

“Now that BBI is null and void, those responsible for it must be held to account for the resources that were put in that criminal exercise,” he said.

The ANC party leader said that “we cannot have a government that is always experimenting on the people of Kenya.”

Ruto and his coalition partners Mudavadi and Moses Wetang'ula toured Wajir County and promised to empower the residents.

The team first met political and religious leaders and residents before a public rally at Orahey Ground.

Ruto said bottom-up economy model will help many Kenyans out of poverty. 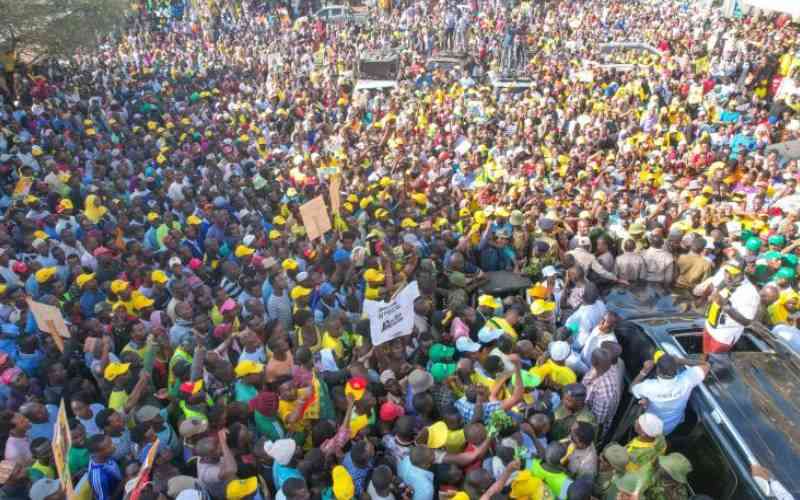