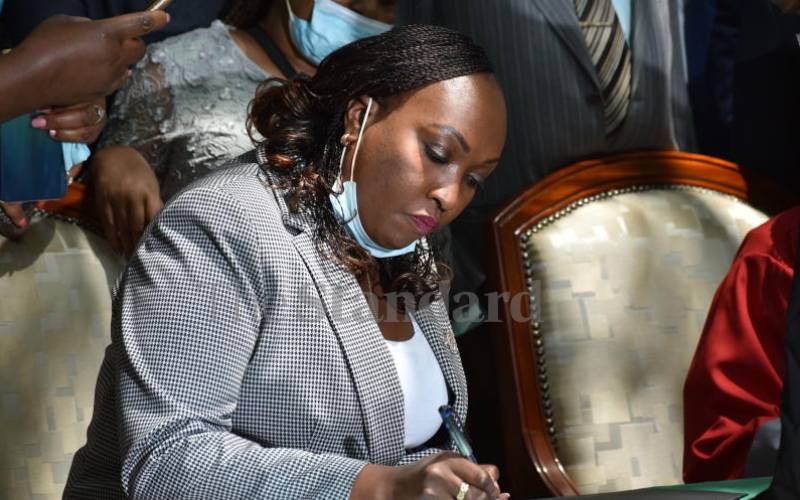 The swearing-in of Nairobi Deputy Governor Ann Kananu (pictured) as the governor has been pushed to Tuesday, November 16.

Kananu was set to be sworn in yesterday after the courts threw out a case by former governor Mike Sonko challenging her ascension to the county’s top seat on Monday.

“Governor Kananu’s swearing in ceremony has been moved to Tuesday to ensure that all processes pertaining to the same have been followed,” said a source at the City Hall.

He explained that the delay was to allow for the gazettement of the assumption of office committee which will see to it that she is sworn in as the substantive Governor. It was also to ensure that a judge to conduct the ceremony had been identified.

“These two things have now been finalised and it’s all systems go for Tuesday,” he added.

Kananu’s ascension to the top has been dogged by myriad court cases and her swearing-in will put to an end a year-long legal fight with her former boss.

On Monday, the apex court dismissed an application by Sonko ruling that they have no jurisdiction to entertain the suit.

Nick Mwendwa is under fire over alleged misappropriation of FKF funds.