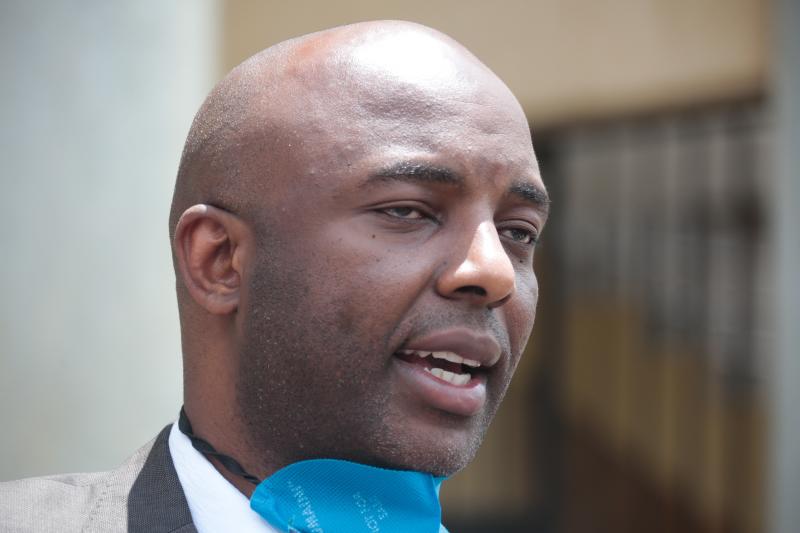 Senate Majority Whip Irungu Kang’ata (pictured) could use a disaster or two right now, if that would deviate all the attention he is getting over his letter – referred to as bold in some quarters – to the president.

Barely a week into the New Year, the Murang’a senator could be the first Jubilee Party parliamentary official facing redundancy because of his words that he wishes were kinder.

In his letter, Kang’ata urges the president to rethink the Building Bridges Initiative (BBI) process. In some way, he may seem to be questioning the president’s wisdom.

But Kang’ata should know better than to question his boss. He, through his ruthless purges in the Senate, has punished everyone who had strayed from the path of righteousness by second-guessing the president.

Kang’ata has expressed his regrets that the letter got to the public, but he isn’t sorry for writing it. Word has it that he may soon face his unforgiving whip, even if he swears to be obedient.

Depending on who you ask, his letter bore shreds of sympathy for the deputy president-led Tangatanga brigade – an offence only punishable by removal from office.

But all that will have to wait until Bunge resumes next month. It would be interesting to see how the young senator, plucked from near-oblivion and made prefect, would fare when the lashes strike his back.

Would his comrades be as kind to him as they were to former Deputy Speaker Kithure Kindiki or would they treat him as they did BabaYao and his alleged puffing buddy Sonko?

But Kang’ata’s probable unemployment is not half of what will happen in 2021.

If you thought the government would want to borrow more money this year, then you are not in for any surprises.

Treasury’s wish for Christmas last year was a bigger beggar’s bowl, Santa has revealed. As expected, Santa declined the request, as he would not be part of a plan to sink Kenyans deeper into debt. So Treasury turned to the next best granter of wishes who never fails – Bunge.

Waheshimiwa will soon consider Treasury’s request to raise the begging ceiling to Sh12 trillion, up from the current Sh9 trillion.

‘Consider’ might be an overstatement, given the Wahesh’s propensity to tilt the Executive’s way in every decision. So ‘rubber-stamp’ may be a more appropriate term for what the MPs will do when the government’s request is in their hands.

In the end, the majority will carry the day, leaving unborn generations with debts they know nothing about.

It is almost two years since MPs stopped pretending to be interested in achieving equity in the House by refusing to show up to pass the gender Bill that would entrench the two-thirds gender principle.

The last attempt, and perhaps the final one, in 2019 was the fourth since 2010. A lot has happened since then.

In 2020, Chief Justice David Maraga advised the president to send MPs home over their refusal to obey the law. As expected, his advice was ignored and MPs continue to sit unlawfully, according to the CJ. Maraga officially retires next week, a month before Bunge resumes its normal sittings. And while no one expects the gender Bill to feature anywhere in 2021, the MPs will certainly celebrate the CJ’s exit in the chamber by gloating over his failure to send them home.