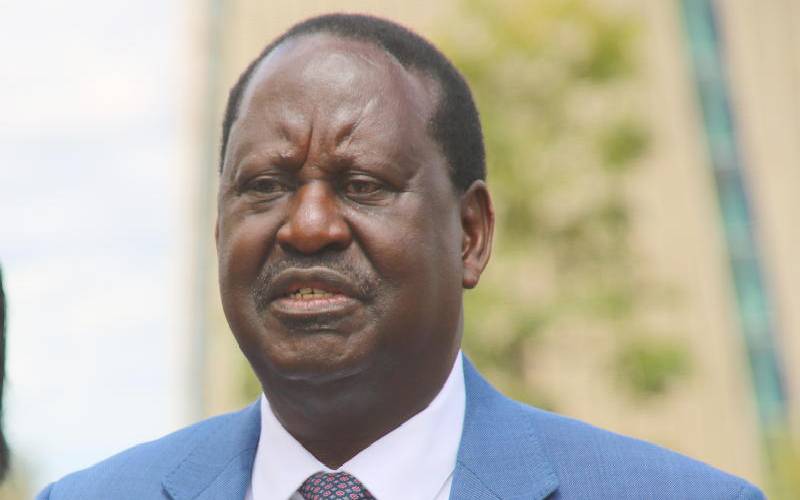 The party yesterday disbanded the National Elections Board (NEB) and Party National Disciplinary Committee, and constituted them a fresh.

The decision to kick out the two teams led by NEB chair Judith Pareno and Fred Athuok (disciplinary committee chair) is part of a clean-up exercise initiated by the party as it implements an internal task force report that indicted the secretariat for presiding over chaotic nominations.

In a statement by Secretary General Edwin Sifuna, the party settled on the task force chairperson Catherine Mumma to lead the election board while Prof Ben Sihanya will now take over from Athuok.

“These changes have resulted from wide consultation with our membership and we now wish to urge our members across the country to support the new teams as they seek to better our party,” said Sifuna.

The report, which singled out the party’s nomination process as a sham, was tabled before the National Executive Committee in a meeting chaired by Raila in Nakuru mid last year. The report had recommended a ruthless surgery.

“They are thought to be in the business of deliberately staging chaotic and violent elections as a way of facilitating favourites to end up as ODM nominees for elections,” the report reads.

“ODM should consider an objective formula to ensure it nominates the strongest candidates, who meet all requirements for nomination for every elective position.”

The secretariat, headed by Executive Director Oduor Ong’wen and NEB have been blamed for bungled party nominations that have seen the popularity of the one-time Kenya’s largest political outfit dwindle. In the 2007 General Election, ODM wave was felt across the country.

He demanded that the “cartels within the two organs” be kicked out before the next General Election if the party was keen on regaining its popularity.

Oparanya had claimed some officials were using their positions to manipulate nomination results, which had pushed popular candidates to rival parties.

“Some of our people went independent because they were fed up with our systems. Let us be a democratic party. If someone wins, let them be given their certificates,” Oparanya said.

“We have to deal with the cartels in the system. This is the time to strengthen our secretariat. Let’s implement everything in the report if we are to move on as a party.”

In the last poll, ODM lost crucial seats following bungled nominations that saw members quit to run as independents and proceeded to floor the party’s candidates. MPs Mohammed Ali (Nyali), Shakeel Shabir (Kisumu East) are some of the candidates who won after losing ODM nominations.

The task force report had established that party primaries remain ODM’s biggest undoing, declaring the process “lacks credibility and is not free and fair”.

The report said the party had weak nomination rules and don’t meet the requirements of the electoral commission.

Those interviewed complained about the party nomination processes, which they felt were an avenue for sharing slots among members of the sub-committee that was entrusted with managing the list.

They also claimed some of those nominated in the past were not members of the party. Some loyal party members lose out in the nominations due to vested interests at play.

“The nomination of relatives and friends of the nominating committee members and relatives of members of the secretariat was not taken kindly by most interviewees,” reads the report.

The changes were adopted by the party’s Central Management Committee that was chaired by Raila yesterday.

“The new members of the two committees will be in office for a term of five years. It is our expectation that the new members will begin work immediately as they will find their in-trays full,” said Sifuna.

ODM chairman John Mbadi yesterday confirmed the changes were in line with the recommendations by the task force report.

The new NEB is expected to settle and begin plans for the party grassroots elections.