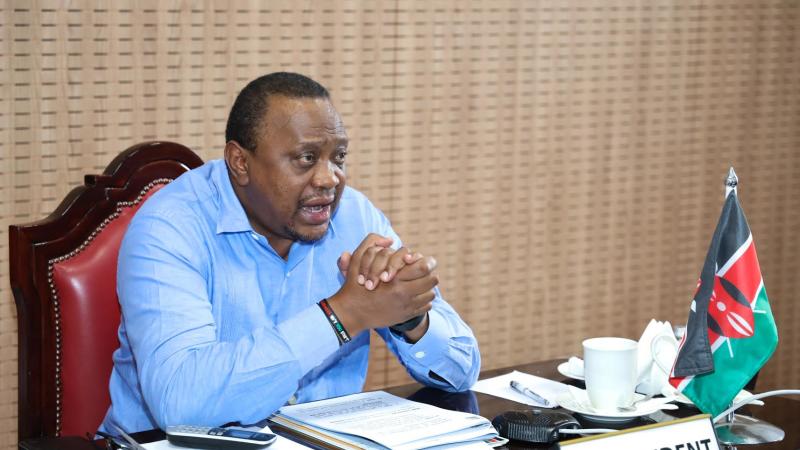 A senior Jubilee party official said yesterday the government feels let down by the Orange Democratic Movement (ODM) party, which it accuses of not rallying its senators to pass the third basis formula proposed by Commission on Revenue Allocation (CRA).

The official said Jubilee will regroup again because it feels its National Super Alliance (NASA) partners are wavering on the Building Bridges Initiative (BBI), which is pushing for increased allocation to counties of their share of the national revenue from 15 per cent to 35 per cent.

“They should trust the government when it says it will devolve more funds next year once BBI passes, hence the idea for JP to regroup,” said the Jubilee legislator.

Senators allied to Deputy President William Ruto have ganged up with those of NASA, including those from ODM, to oppose the new formula which, if applied, will see more cash allocated to populous counties and less to expansive regions.

There are divisions even within the ranks of Uhuru’s Jubilee Party as illustrated by Nairobi Senator Johnson Sakaja’s notice of motion, which seeks an amendment to the CRA formula.

Opponents of the new formula want it shelved, arguing some 19 counties will lose Sh20 billion from the Sh316.5 billion that is to be shared among the 47 counties.

However, some critics argue if the old formula is retained, and the latest data on population and poverty index is used based on last year’s population census, more counties will lose funds.

They point out that if the new formula is applied using the new data, fewer counties will lose.

Muriithi said the few counties that stand to lose once the new third basis formula is applied to new data can be compensated using the equilisation fund.

Yesterday, the Saturday Standard established that there are four proposals on the table, including the one by Sakaja, seeking to hammer a deal and avert an imminent fallout on Tuesday.

The proposals by Sakaja, Minority Leader Mutula Kilonzo Jnr and Narok Senator Ledama ole Kina maintains the baseline at Sh316.5 billion and any extra cash calculated based on the new formula.

Wajir Senator Abdullahi Ali, whose county could lose more than Sh1.6 billion under the new formula, suggested that revenue among counties starting this financial year until 2025 be allocated using the new formula pegged at 95 per cent of the parameters.

“That 95 per cent of the equitable share is shared as per the following formula until the equitable share reaches Sh395 billion,” proposed Abdullahi. The balance five per cent, according to the senator, should be set aside to cushion counties that will lose out if the new formula is used.

Elgeyo/Marakwet Senator Kipchumba Murkomen weighed in on the matter, warning that Senate must speak in one voice guided by Majority and Minority leaders to broker a deal.

“Senate has become an open air market without rules and without leadership. The Majority side is in disarray while the Minority side is overwhelmed by the new responsibilities. It’s a mess,” said Murkomen.

Majority Whip Irungu Kang’ata told the Saturday Standard that a group of senators are caucusing every day to find a middle ground.

“I am in constant engagement with Minority Leader James Orengo and Senate leadership. I am happy now we have fewer options on the table unlike before,” he said.

Senator Sakaja has insisted that his proposal would end the stalemate.

“I have filed a motion as a legislator. We don’t have to move amendments through the committee. If the leadership of the committee will not be ready as was the case on Thursday, my motion will proceed,” Sakaja said.

Homa Bay Senator Moses Kajwang’ argued that the problem in Senate was not the Speaker but “busybodies who drop names of State House and Raila whenever they want to achieve their selfish ends.

“We stand firm for devolution and a united Kenya,” said Kajwang.

Kilonzo Jnr has sought to amend the finance committee report to have equitable share not exceeding Sh316.50 billion shared as was the case in the last budget.

“The formula will use the 2019 population and 2015/16 Kenya Integrated Household Budget Survey poverty statistics,” he said.

Kiambu Senator Kimani Wamatangi insisted that if the old formula is to be used then it should be based on new data.