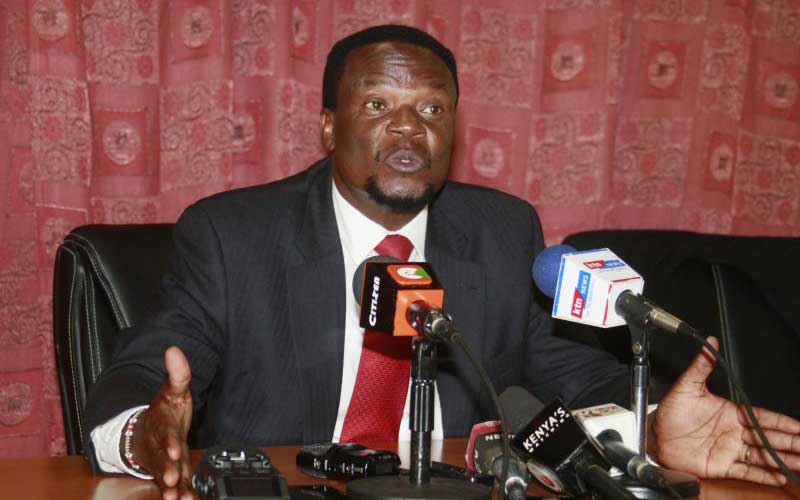 From a political aide to a fiery politician, Sirisia MP John Waluke (pictured) has weathered many storms.

Fondly referred to as Major Waluke, the politician, aged 55, waded into politics in mid 1990s while working as an aide to Moses Wetang’ula, who is the Ford Kenya party leader.

Wetang’ula was a nominated Kanu MP between 1992–1997 and Waluke became one of his trusted lieutenants even after Wetang’ula lost in 1997 elections to Ford Kenya's John Munyasia.

As a budding politician, the former military man got actively involved in 2002 campaigns for Wetang’ula, who had then ditched Kanu for Ford Kenya under the late Vice President Kijana Wamalwa’s leadership.

He learnt patiently under Wetang’ula's tutelage until 2007 when the two friends-turned foes parted ways in an acrimonious manner. Waluke ditched Ford Kenya for Orange Democratic Movement (ODM), which enjoyed huge backing in Western.

However, the combative legislator was left licking his wounds following a bruising battle that saw Wetang’ula beat him in the following elections. Efforts by Waluke to overturn his political mentor’s victory through a court petition in 2008 hit a brick wall.

Waluke’s prayers were answered when Kabuchai constituency was hived off the expansive Sirisia constituency. The split was a blessing in disguise as Waluke easily won the Sirisia parliamentary seat on ODM ticket against his closet rival Levi Makali, who vied on UDF ticket during the 2013 General Election.

Waluke resigned as ODM party chairman for Bungoma in July 2016 and joined Jubilee party. His defection served ODM a political setback because he was the party’s point man in the county.

His political prowess guaranteed him another term in parliament in 2017. He bagged the seat on Jubilee ticket and helped the party sweep at least four parliamentary seats in Bungoma County out of nine.

Waluke is considered a crowd mover and his style of leadership appears to have made him a household name in Sirisia constituency.

I am ready for talks with Uhuru, DP Ruto says as clerics offer to mediate