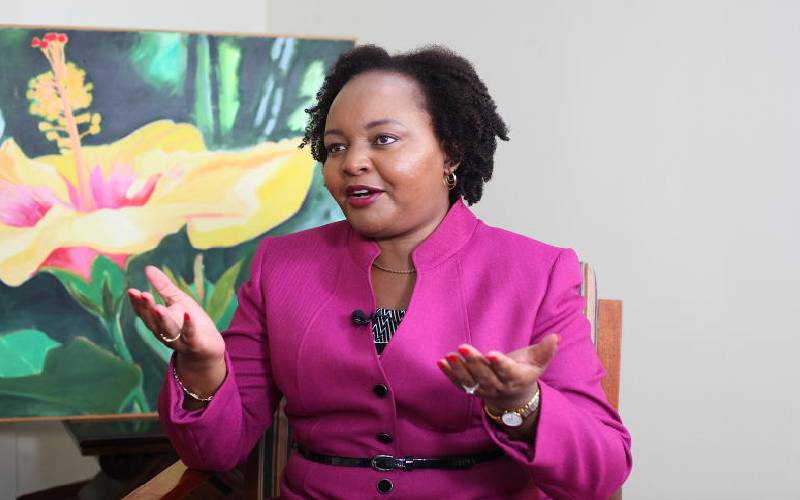 The Senate has today voted to back the formation of an 11-member committee to probe grounds on which Kirinyaga Governor Anne Waiguru (pictured) was impeached.

Out of the 60 senators who took part in the vote, 45 voted in support of the committee, 14 wanted the whole House to handle the matter with one senator abstaining

According to the directive by Senate Speaker Kenneth Lusaka, the committee will start investigating Waiguru immediately and present a report in the next 10 days.

Tangatanga-leaning senators opposed the select committee, saying it will save the embattled governor.

The opponents of the committee were led by Elgeyo Marakwet Senator Kipchumba Murkomen who said the formation of the committee will be an injustice to the people of Kirinyaga, whose funds Waiguru has been accused of embezzling.

“To the people of Kirinyaga I am sorry, we did our best but It is finished Your fight for accountability has been frustrated by Senate don’t give up use other avenues,” he said.

He accused the Senate of creating an opportunity for the governor to escape punishment through the committee.

“Senate has sanitised and cleared the Governor of Kirinyaga. It’s done. Don’t wait for the Committee’s decision,” he said.

Nakuru Senator Kihika Kimani who voted against the select committee she described as the 'Capitol Hill Sanitisation Committee' in a reference to Opposition chief Raila Odinga’s office where pro-Handshake politicians have frequented.

“Sadly impunity won today and the great people of Kirinyaga lost! With the Capitol Hill Sanitisation Committee justice will be a mirage! We tried our best but it was already predetermined with the night meetings and all. We live to fight another day,” she later tweeted.

"This Senate should never be in a position where it is dictated to on how we handle our business. This is a very important institution.

In what seemed like a direct attack to Deputy President William Ruto’s allies, the Siaya Senator maintained that the committee opponents were in pursuit of Waiguru’s head and not justice.

Waiguru was ousted on June 9, 2020, after 23 out of 33 MCAs voted in support of her impeachment on the strength of charges of violation of the Constitution, abuse of office and gross misconduct.

Four MCAs abstained and six of the ward reps were absent.

The motion was tabled on March 31 by Mutira MCA David Kinyua Wangui who faulted the governor for deliberately failing to submit county plans and policies to the County Assembly for approval.