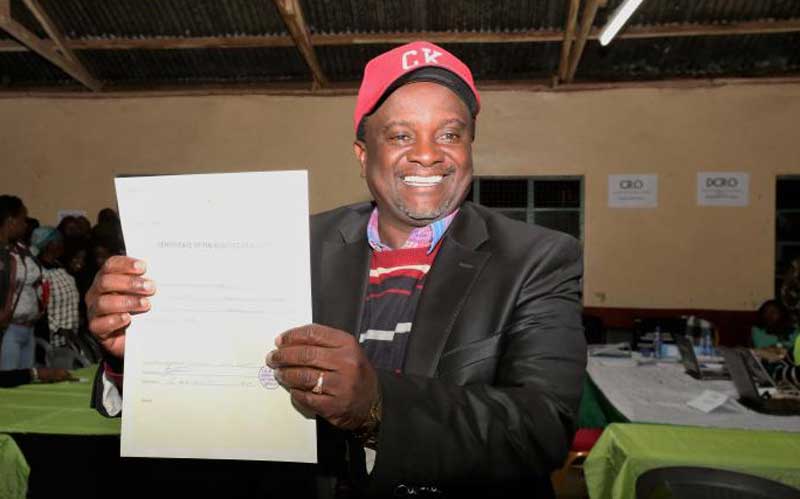 In his letter to Mr Lusaka, Josiah Murigu, a registered voter in Kirinyaga Central Constituency, says Mr Kibiru, the Kirinyaga Senator elected as an independent candidate, acted contrary to the Constitution by attending the meeting and participating in endorsing the Senate leadership change.

During the meeting held on May 11, senators ousted Majority Leader Kipchumba Murkomen and Chief Whip Susan Kihika. The two were replaced with Samuel Poghisio and Irungu Kang’ata respectively.

Mr Murigu says Kibiru’s actions implied he was no longer an Independent candidate but had joined Jubilee Party, calling for the declaration of his seat as vacant pursuant to Article 103 (1) (e) of the Constitution.

The article states: “The office of an MP becomes vacant if, having been elected to Parliament as an independent candidate, the member joins a political party”.

Murigu also wants Lusaka to follow Article 101 (4) (a) of the Constitution and notify in writing of the vacancy to the Independent Electoral and Boundaries Commission. He wants Lusaka, in the next 48 hours, to initiate a Motion to necessitate election of a new Kirinyaga senator.

Kibiru was elected as an independent candidate in the 2017 General Election.

Murigu argues that the Kirinyaga electorate voted for an independent senator on conviction that he would function without affiliating to any party.

“We believed this would enable him to deliver to the betterment of Kirinyaga County, which the political parties fail to do, while espousing political thought and unchained political and development ideals without the constraint of a political party structure,” he points out.

But the Senator has dismissed the claims and says he has not notified the Registrar of Political Parties that he wants to cross over to Jubilee.