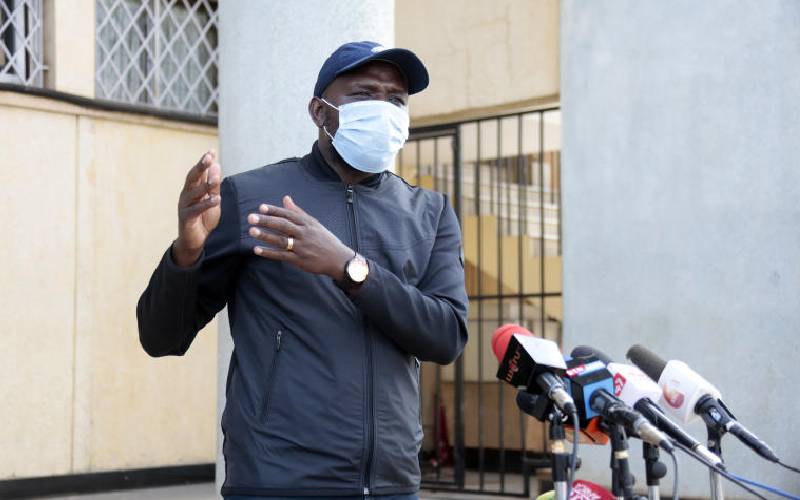 Samburu leaders from Kanu have welcomed President Uhuru Kenyatta’s move to replace former Senate majority leadership Kipchumba Murkomen (pictured) and Susan Kihika.
Samburu women representative Maison Leshoomo and Samburu West MP Naisula Lesuuda said the changes will help the President implement his development agenda.
Lesuuda said, “The same people who are party members are fighting everything the President wants to do.
“When the President signed a unity deal with opposition leader Raila Odinga, the same people from his party were the ones derailing the agenda of bringing Kenyans together."
She added that Uhuru has every right to crack the whip and put people in positions where they will help him perform better.
Leshoomo and Lesuuda pledged that as MPs they will support the government and Uhuru in the National Assembly and called for their counterparts in the Senate to do the same.
“As Kanu we are in government. We have worked with the government since 2017. The marriage between Jubilee and Kanu have only been formalised through papers, there is nothing new as at now,” Leshoomo said.
She added that the Kanu-Jubilee deal is sealed and those uncomfortable should rethink their options.
Lesuuda and Leshoomo, both Kanu members, asked politicians irked by the decision to stop throwing blame on other leaders.
She added that anyone is free to take any position and those left out should not politicise party decisions.
Share this story

EABL says the company has deployed a raft of measures to minimize the impact of the pandemic on its business.

By Jackline Inyanji | 8 hours ago

By Erastus Mulwa | 11 hours ago