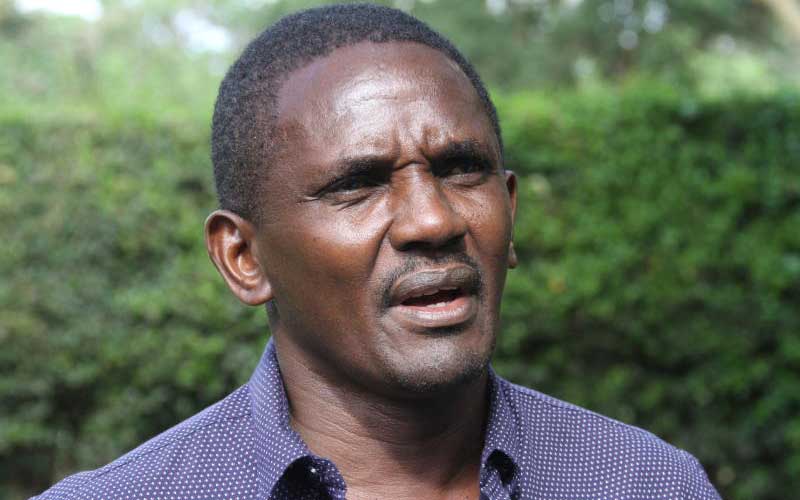 Legislators allied to the ODM party have endorsed calls for the formation of a coalition government between President Uhuru Kenyatta and Raila Odinga.

Led by Gem MP Elisha Odhiambo (pictured), they argued that the coalition was the most viable option not only ensuring economic prosperity but also rebuilding the economy after the coronavirus pandemic.

Odhiambo held that a coalition government was Kenya's best shot at recovering from the global pandemic, saying that it would ensure there was less focus on political bickering and more service delivery.

“It has been proven in the past that Kenya can only regain economic fortunes in a coalition situation and now with the pandemic, we should explore the idea of a coalition government,” he said.

The legislator observed that the coalition would have to be well structured and backed by a team of economic and financial experts consequently guaranteeing a remedy to an already ailing economy.

He said that after the 2007/2008 post-election violence, it was the President Mwai Kibaki and Raila Odinga coalition government that restored economic sanity followings months of tribal clashes.

Odhiambo observed that with strict adherence to the rule of law, incorporation of leaders and experts from whichever side of the political divide, the economy was not only able to recover but grow much to the benefit of Kenyans.

“When Raila and Kibaki came together in 2008, they saved this country. The ravage that was caused by ethnic clashes and unrest, and the way it battered the economy, it was only the coalition government that saved the nation,” he said.

He equated the then economic battering to the current one brought about by the coronavirus pandemic.

“Effects of the coronavirus on the economy such as the massive unemployment occasioned by job losses as well as the high cost of living can only be addressed by the formation of a well-structured coalition government and experts that can revive the economy.”

Governors, Senators and even MCAs allied to President Uhuru Kenyatta and opposition leader Raila Odinga have been pushing for the formation of a unity government with Jubilee Party vice-chairman David Murathe and Kirinyaga Governor Anne Waiguru, Uhuru’s close allies, openly saying there were plans for the two leaders to form a coalition government after the current Covid-19 pandemic.

Deputy President William Ruto's allies have, however, rubbished the claims saying that it was too early to focus on 2022 politics and dismissed the idea as wishful thinking.

Odhiambo, however, says that leaders opposed to a coalition form of government do not have the best interests of the country at heart and do not believe in transparency.

Embakasi East Babu Owino on Thursday revealed that he has been paying DJ Evolve’s hospital bills, adding that the DJ will soon be discharged from hospital

By Abdimalik Hajir | 6 hours ago

By Anthony Gitonga and Kennedy Gachuhi | 14 hours ago