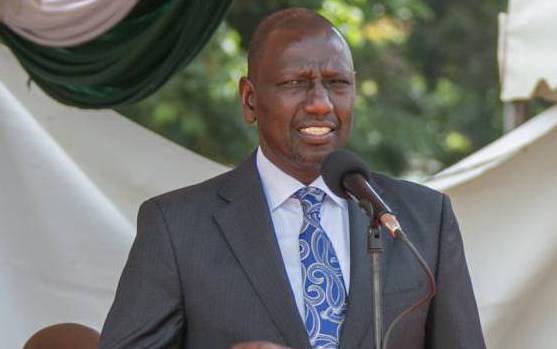 Jubilee Party followed the law in making changes to its leadership, the Registrar of Political Parties has said.

Yesterday Registrar Anne Nderitu told The Standard that after scrutiny, it was established that documents presented to her office effecting changes, which have caused an uproar among some members, were signed by bona fide officials as required by law.

Jubilee has proposed to replace Fatuma Shukri, Pamela Mutua and Veronica Maina in the National Management Committee (NMC) after all three took up government jobs. The party has nominated Lucy Macharia, Marete Marangu, Walter Nyambati, Jane Nampaso, and James Waweru to replace them.

“The intention to change Jubilee Party’s national management committee followed the law. For us, we look at the documents and confirm if they have been signed by the relevant officials, and in this case that was done,” said Ms Nderitu.

Yesterday MPs allied to Deputy President William Ruto (pictured) faulted the party’s leadership for failing to convene any meeting three years since its formation. The leaders said lack of meetings for the party’s National Executive Committee (NEC), National Delegates Council (NDC) and the Parliamentary Group (PG) had now led to members resorting to using social media to air their grievances.

Mr Kositany yesterday led the delegation to the Registrar’s office and asked to see the documents that gave legal backing to effect the changes in the party.

“We don’t favour anyone, but all we want is fairness. NEC has not had a meeting for three years. So we want to see the documents that gave the Registrar the legal backing. Jubilee is not private property. The issue is not even the process, but the documents,” said Kositany.

He added: “It is immoral that Tuju and his cohorts have taken advantage of Covid-19 pandemic to orchestrate fraudulent changes to the party. Covid-19 did not suspend the rule of law in the country.”

Mr Kuria, in particular, questioned those castigating them for using social media yet they had killed all avenues of communication within the party. Asked whose responsibility it was to convene party organs’ meetings, Kuria said although the Constitution placed the duty on the party leader, a ‘cabal’ of those he claimed wanted the party dissolved had been misleading the President.

“The President, who is the party leader, should convene the meeting and in his absence, the deputy party leader. But Tuju and the ‘Deep State’ are misleading the President that if he convenes a meeting, he will be embarrassed,” said Kuria.

“I can understand the frustrations because they cannot stop what is going on in social media. It’s ironical that those who have killed all avenues of communication, NEC, NDC and PG are the same ones telling us not to use social media,” said Kuria.

“It’s like a thief stealing your clothes and pointing at you and asking why are you naked? We can negotiate on these illegalities about the change of officials, but what we cannot negotiate is killing Jubilee. We are here to stay.”

The four made the remarks shortly after visiting the Office of the Registrar of Political Parties, where they were told to pick the documents they had sought today. His sentiments were echoed by Ms Kihika, who said in the absence of party organs’ meeting from time to time, social media had become another platform members could use to air their grievances.

Kihika, who is also a member of the Jubilee Party NEC said the process to replace the officials was fraudulent. She demanded minutes presented to the Registrar indicating the changes.

No meeting in 3 years

“None of the party organs has met... the NEC, NGC, NAC, PG, for the last three years. Where did they get the minutes that they presented to the Registrar? Jubilee is not a personal property,” said Kihika.

Tuju had accused Dr Ruto and his allies of turning to social media to engage in political shadow boxing over alleged grievances occasioned by the changes to the party’s National Management Committee.

“From what we have seen so far in social media, it is apparent that some orchestrated objections have been sent to the Office of the Registrar of Political Parties and we are awaiting the official communication from the Registrar on those protests, and we will respond,” said Tuju.

Yesterday Tuju challenged his deputy to produce any minutes that appointed him the Deputy Secretary-General, saying all the current officials were operating under a transitional clause as provided in the party’s constitution.

“I want to challenge the Deputy SG to produce any minutes where NEC sat and appointed him the Deputy Secretary-General,” said Tuju.

On why the party has not held meetings for three years, Tuju told his critics to be realistic, saying the party constitution did not allow him to convene a meeting when the party leader and his deputy are there.

The coronavirus has brought the BBI reggae came to a dagger-point slowdown, complicating the political terrain for President Uhuru and the ODM leader