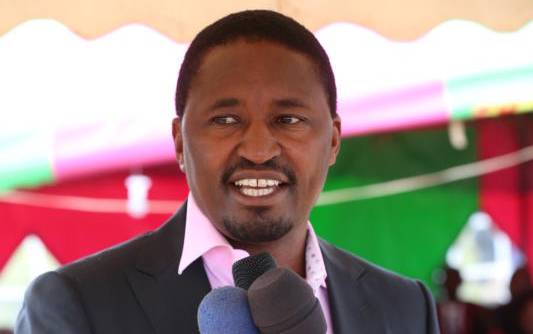 Kiunjuri claimed Odinga does not have the interest of the central region at heart judging from the recent Bridging BBI rally in Meru.

Kiunjuri argued that the Meru rally was the only forum that the opposition leader who is spearheading the BBI campaign failed to address the proposals presented by the region’s leaders.

“He was given a ten-point document but he did not respond to any of those proposals. The people of Meru spoke of free trade of miraa to other counties but his answer was that ‘nobody can stop reggae. If our needs are not well heeded to, I tell you reggae will stop,” said Kiunjuri at a burial at Umande in Laikipia County

Kiunjuri cited the forums held in Mombasa, Narok, and North Eastern where he argued that Odinga commented on the proposals including historical land injustices.

“We have heard him respond to regional grievances in Narok, Mombasa, and Northeastern but when it comes to central, whether agriculture does well or not, whether our people are economically empowered or not he says, nobody can stop reggae.”

The principle of One Man-One Vote and One Shilling is among the proposals presented by the central region in allocation and representation.

The mountain region is advocating for the consideration of the population in the allocation of funds to county governments and constituencies as well as representation by the legislators.

“If the BBI will not capture that, we will reject it. We now know that we get equal or less share of the national cake as other counties with low population,” he added.

On representation, the leaders argue that votes cast by MPs or MCAs representing high population should not be treated equally as that of a legislator representing a lower population

In some wards in central Kenya, for instance, an MCA represents a higher population than more than two constituencies in other regions, he claims.

“If they want the prime minister to be elected from the parliament, the votes of MPs representing more than 100, 000 people cannot be equal to another one representing 20, 000 people,” he added.

Kiunjuri also claimed that the BBI report that was presented to Uhuru Kenyatta and Raila Odinga at the Bomas of Kenya was not the actual document.

“We want them to show the people the real report because the Bomas version was crafted at night,” said the former CS.

At the same, he warned Odinga that it was not yet time for him to celebrate for his easy access to Mount Kenya after the handshake with the president.

“The crocodiles that were removed from your way to Jordan were old, battle-fatigued but the new breed of crocodiles is youthful and unstoppable. They are ready to face him and we will give our all to ensure he doesn’t clinch the presidency since he does not mean good for us,” said Kiunjuri.

He further said his new The Service Party will be supporting deputy president William Ruto's presidential bid in 2022.