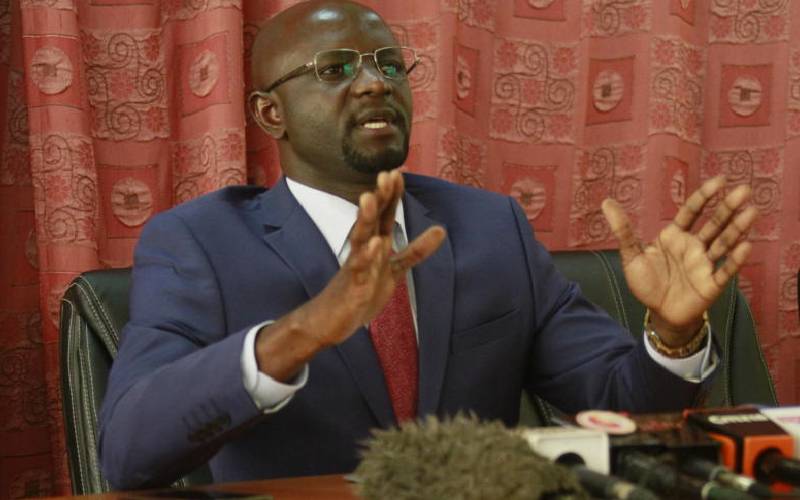 Atandi has described Rigathi’s recent claims that Central Kenya region has not embraced the former premier as irrational and misplaced talk.

Speaking to Standard Digital on phone, Atandi described Rigathi as a man who belongs to the politics of the past, adding that the legislator should stop spewing hate in the media.

“He is 'sick' in the brain, he should have himself checked up,” said Atandi.

The ODM legislator has urged Kenyans to ignore characters like Rigathi, saying they are stuck in the past.

“He is a disgrace to the Mathira people, sometime you listen to the tribal hate leaders like him spew and you are left wondering how they found themselves in Parliament.”

Atandi said Kenyans had moved on from the divisive politics which characterised the country before the Hanshake between President Uhuru Kenyatta and Raila, and told his colleague to wake up from the slumberland.

“Rigathi must now wake up from the political siesta and start spreading unity and love among Kenyans and not fear and hate,” he added.

Atandi said Kenyans are in the new dispensation and the careless talks like the ones coming from his colleague have been overtaken by events.

He said it is the same advise he gave some governors from Nyanza who want to revisit the contested 2017 General Election outcome during BBI forums to reformat their heads or skip the rallies all together.

“This is a new dispensation, we want to speak the language of oneness not who is wanted in Central Kenya or Nyanza,” he concluded.

The outspoken MP recently told governors from Luo Nyanza region to keep off the Building Bridges Initiative rallies or be barred from addressing the forums should they attend over 'lack of content on the ongoing national debate'.

The MP took issues with Siaya Governor Cornel Rasanga’s comments on the 2017 disputed election results during the Narok BBI rally, saying the governor exhibited lack of content on the ongoing national dialogue.

“We have moved on. We are now part of the new Kenya. The past is gone. Let Rasanga keep off issues like who stole votes and whose votes were stolen in 2017,” said Atandi

The Mathira MP said they will support President Uhuru Kenyatta’s development agenda and other things, but will never support Raila.

“We will support President Uhuru in other sectors to improve our agriculture and economy but he should not force Raila down our throats, we don’t want him,” Rigathi had said.

Rigathi told off Central Organisation for Trade Unons (Cotu) boss Francis Atwoli and former Jubilee vice chair David Murathe to respect Kikuyus and stop cheating the ODM leader that he can get any support, adding that a Raila candidature is a no for the region.

Rigathi is Deputy President William Ruto ally and is opposed to the Building Bridges Initiative saying it is meant to force Raila down the throats of Kenyans.

Women becoming the face of change

Activist Thunberg has become the face of the movement to tackle the climate crisis.

By Moses Nyamori | 16 hours ago