Politicians are attending the Building Bridges Initiative (BBI) rally at the Kakamega Stadium.

Speaker after speaker said they support the BBI report, urging all leaders to come on board. 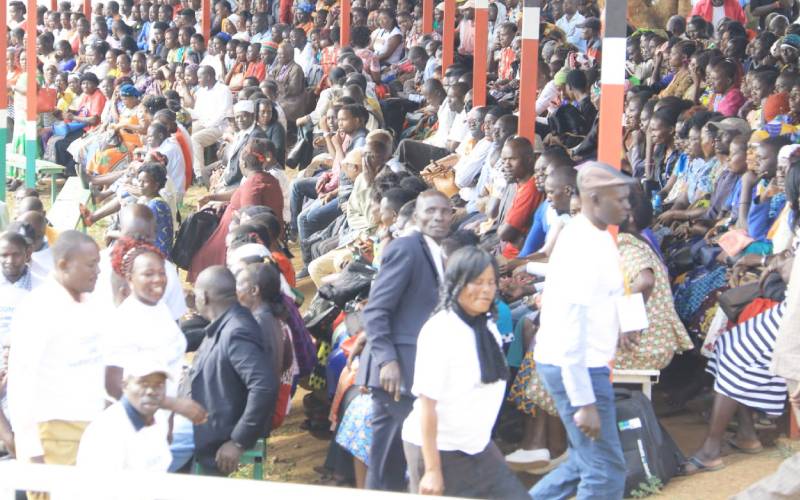 Kakamega Senator Cleophas Malala said the meeting is an indication that contrary to common belief, leaders from Western are united and will together support BBI.

Busia Woman Rep Florence Mutua said supporting BBI would mean more jobs for the youth and that tribalism would be a thing of the past.

Mutua further criticised those against the expansion of the executive, saying if adding a few slots would end post-poll violence, then it was a worthy sacrifice. 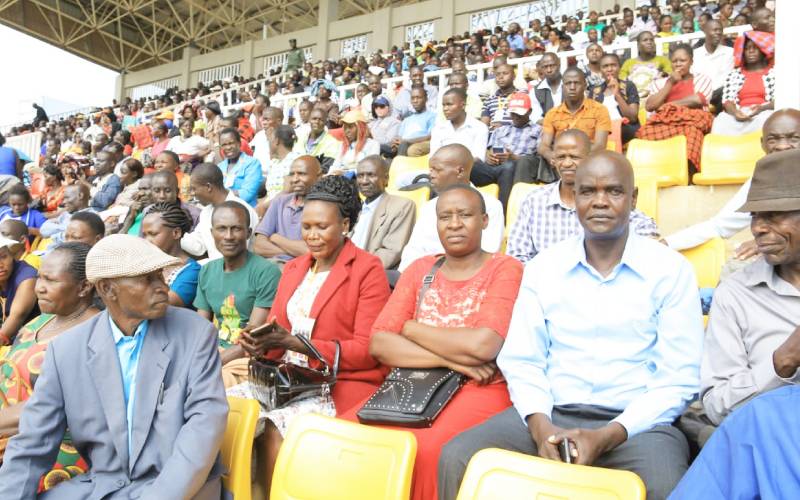 In a resolution read by Vihiga Governor Wilber Otichilo, the leaders who said they support BBI want the executive expanded to provide for a powerful Prime Minister slot with two deputies.

They also want functions of the President and PM be spelt out distinctively.

Some claimed the meeting was to be used to endorse host Governor Wycliffe Oparanya as the community’s spokesperson.

When he stood to speak, nominated MP Maina Kamanda drummed up support for BBI and Raila's leadership, calling him a wise leader.

He urged the Luhya leaders, calling Atwoli and Musalia, to hold the bloc together.