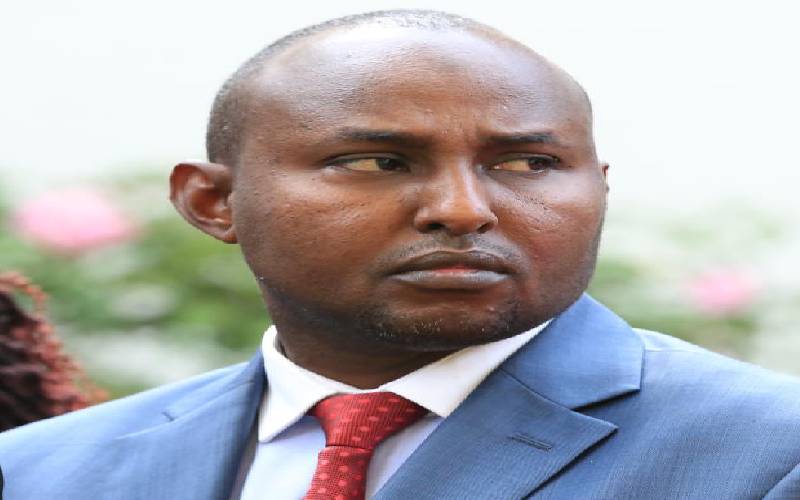 Lawmakers allied to President Uhuru Kenyatta and ODM party leader Raila Odinga have dared Deputy President William Ruto to resign from the Jubilee administration if he does not believe in his boss.

The leaders from Jubilee, ODM and Wiper parties said the DP's recent attacks on the Building Bridges Initiative (BBI) are an affront to the president, and accused him of using Mr Odinga to camouflage his undermining of Mr Kenyatta.

Following a public forum in Kisii last Friday, Dr Ruto had claimed the BBI and Handshake - an agreement signed between Uhuru and Raila - were a con game derailing the ruling party's Big Four Agenda.

“Ruto should have the courage to face the president instead of hiding behind ODM. His attitude towards the president as DP makes me believe Kenyans should consider amending the Constitution to make the DP an appointee of the president as was the case before,” said Suna East MP Junet Mohamed (pictured) on behalf of the MPs.

The more than 10 MPs castigated Ruto and his allies for throwing around figures to disparage the BBI process for reasons they described as selfish.

The team claimed that the DP has been peddling lies that BBI is a waste of public resources, and challenged him and his camp to explain the source of the figure they claim has been spent on the initiative.

Borabu MP Ben Momanyi further accused the DP of visiting Kisii and Nyamira regions at least 30 times, and spending public resources in the name of government projects while campaigning for his 2022 presidential ambitions.

The group said BBI is about national unity and cohesion, an important project in a country like Kenya scarred by divisiveness.

The labour court awarded each of the doctors Sh5 million as compensation, but Kemri appealed the decision

By Anthony Gitonga and Kennedy Gachuhi | 6 hours ago

By Judah Ben-Hur and Phares Mutembei | 14 hours ago