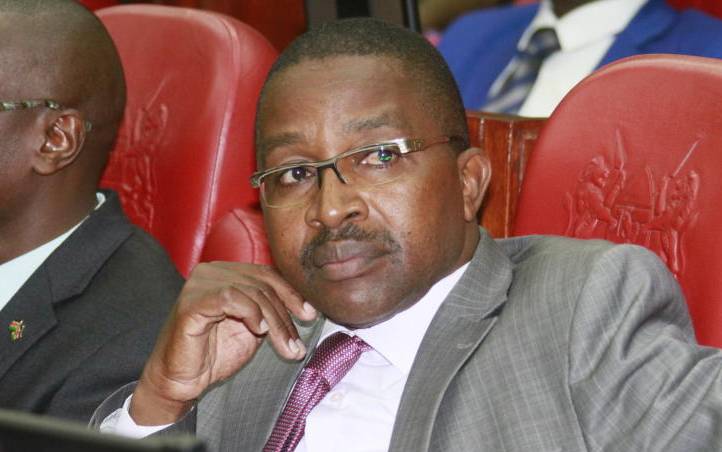 Murang'a Governor Mwangi wa Iria (pictured) has declared his interest to run for President through his Civic Renewal Party (CRP).
Iria argues he has the capacity to vie for Presidency in 2022 to take over from President Uhuru Kenyatta after his 10-year term expires with hopes to transform the country.

Last week, the Governor revealed his intention to run for Presidency through CRP which was registered by his allies Nicholas Karwero Ndegwa, James Mwangi Macharia, and Ephnatus Githae.
He said CRP will field candidates for positions of Governor, Senator, MP, and MCA, as he takes the presidential candidate ticket.
Speaking at General Ihura Stadium, Muranga, Iria called on the Mt Kenya region leaders to respect President Uhuru so that he can deliver his promises in the remaining two years.

He appealed to Tanga Tanga legislators to stop extending their fights to President Kenyatta and instead form part of the transformation team.

"All leaders should respect the head of state as at times he is forced to speak in anger. Let me urge all to show respect to Kenyatta who is a symbol of national unity," said the governor.

"I am ready to defend President Kenyatta to enable him to proceed with development programmes he has initiated for the country.  The leaders have their mandate not to blame everything on the President," said  Iria.
He urged to Murang'a leaders to back his presidential bid saying the journey needed collaboration.
According to Wa Iria, Murang'a stands a better chance of producing a presidential candidate because other parts of Central Kenya (Nyeri and Kiambu) have had their share.

He spoke at a ceremony where he presided over the disbursement of  Sh40 million to support 1,000 needy students join to Form One in various secondary schools.

Mudavadi to Uhuru: Kenyans are more disappointed with you