MPs plot to control IEBC ahead of 2022 elections

Legislators have come up with a new plan to control the hiring of electoral commissioners ahead of the 2022 polls.

Details contained in a report by the Senate’s Justice, Legal and Human Rights Committee reveal that the plan revolves around kicking out other political players in the hiring process.

According to the report, the committee wants the number of members of the selection panel tasked with hiring Independent Electoral and Boundaries Commission (IEBC) commissioners reduced from 11 to seven.

The committee chaired by Nandi Senator Samson Cherargei, however, maintains that of the seven members, the Parliamentary Service Commission (PSC) must nominate four.

This implies that Parliament will have a majority membership of four against three from other political entities.

The report proposes an amendment to the Independent Electoral and Boundaries Commission Amendment Bill, 2019.

The bill was passed by the National Assembly last year.

The Senate committee argues that some of the organisations represented in the panel have no role and should, therefore, be kicked out.

“Eleven members of the selection panel are too many. The number should be reduced to seven panelists,” reads the document that awaits debate and subsequent approval by the House.

“Some organisations represented in the selection panel have no role to play and therefore should be removed.”

The committee argues that PSC represents all Kenyans and, therefore, their interests will be catered for regardless of other representatives in the panel.

Pro-handshake MPs had sought to have the current commissioners sent home to allow for fresh recruitment, instead of simply replacing those who have resigned from the agency.

The four panelists PSC wants to nominate will consist of two women and two men.

It had further proposed that the Public Service Commission, the Ethics and Anti-Corruption Commission and the Law Society of Kenya nominate one member each.

The bill is a major blow to religious organisations, which had five representatives in the nine-member panel that recruited the Wafula Chebukati-led commission.

IEBC had, in a submission to Parliament, protested an alleged scheme to under-represent religious entities.

This was, however, countered by MPs who said there was need to reduce the number of religious leaders in the panel and have them replaced by representatives from constitutional commissions.

The bid by the Senate comes at the backdrop of a recommendation by the Building Bridges Initiative taskforce to have the current commissioners kicked out ahead of the next polls.

The BBI report has recommended establishment of a new team ahead of 2022 polls with a three-year contract, which can be renewed once.

Currently, IEBC has no mechanism for recruiting commissioners.

The commission has only three commissioners in office - Chairman Wafula Chebukati, Abdi Guliye and Boya Molu.

However, when contacted by The Standard, Wainaina dismissed claims that he had kept any money. 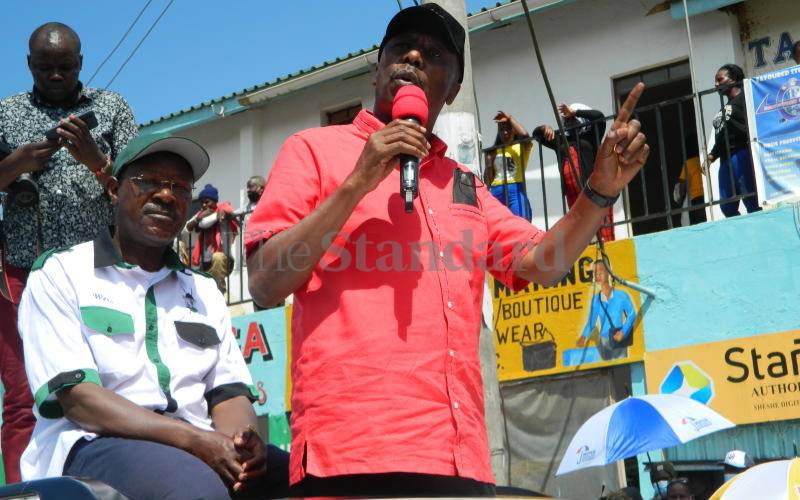