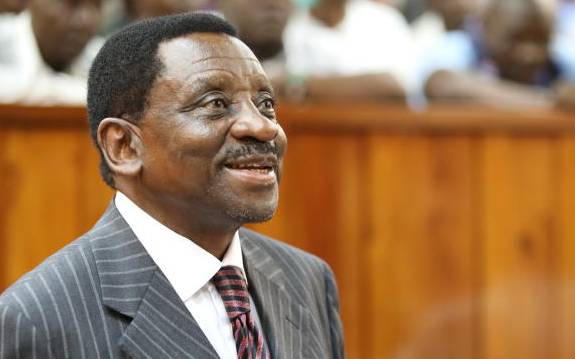 Senators are pushing for an amendment to the Building Bridges Initiative (BBI) report that would give them veto powers. The lawmakers are proposing that the Senate have veto powers akin to the United States’ Senate model, in addition to having Bills from National Assembly pass through them before going for presidential assent, and not vice versa as is the case now. A group of 13 senators, led by Senate Minority Leader Senator James Orengo (Siaya) (pictured), said there is need for a constitutional review to have the Senate elevated to be the upper House.

They said that the current arrangement presents a “lame” House whose powers of oversight are curtailed by a lack of shared powers with the National Assembly. “The Senate has not been able to play its role within the constitutional arrangement. We have come to a consensus that you do not need to have the Senate if those powers are not going to be shared with the National Assembly. We either have it or not,” said Mr Orengo. His statements were echoed by Nyandarua County Senator Paul Githiomi, who said the Senate should have veto powers so that all legislation and Bills go through it first before being assented to. “We should not have this kind of discrimination in Bills, being termed ‘money Bills” which are only handled by the National Assembly,” Mr Githiomi said. “Like in the world over, we should be an upper House. It is either we have a Senate with veto powers or no Senate at all. But with devolution today, I don’t know how we will do away with the Senate.”

Hybrid system Githiomi added that unlike with a constituency seat, a senator goes around a county to rally for votes, but then he or she is viewed as subordinate to somebody who went to a single constituency. The legislators drawn from both sides of the political divide also threw their weight behind a hybrid system of government, citing that the executive structure should have a more inclusive leadership. “We also suggest that the prime minister position needs to be more empowered, not as weak as proposed in the BBI,” said Orengo. He further praised the fruits of the handshake at the briefing where he was flanked by senators Fred Outa (Kisumu), Ochillo Ayacko (Migori), Githiomi, Ephraim Maina (Nyeri), Kimani Wamatangi (Kiambu) and nominated senators Agnes Zani, Beth Mugo, Judith Pareno, Rose Nyamunga and Getrude Musuruve.

However, Ms Mugo cautioned against pushing for a powerful premier’s position, warning that it would create two centres of power, a recipe for chaos. “Former President Mwai Kibaki and former Prime Minister Raila Odinga were constantly wrangling over critical policy issues and we don’t need that,” she said, adding that she supports implementation of the BBI report through a popular initiative.