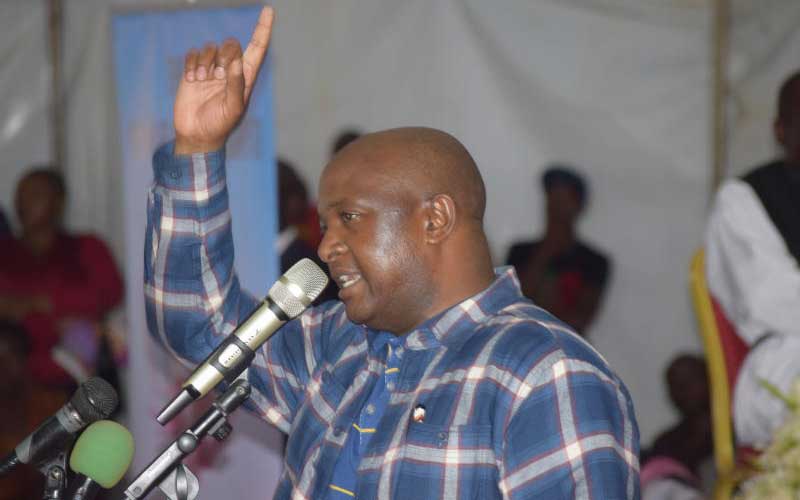 The Political Parties Dispute Tribunal (PPDT) has dismissed the expulsion of Nominated MP Godfrey Osotsi (pictured) from Amani National Congress (ANC). The tribunal also dismissed the move by Registrar of Political Parties (RPP) Ann Nderitu to remove the name of the MP from the list of the ANC party members. Osotsi had challenged his expulsion from the party that would have seen him lose his parliamentary seat.

While making his ruling on Friday, tribunal chair Mbobu Kyalo said the tribunal found the decision to expel the complainant to be “unlawful, illegal and otherwise invalid”. “The complainant was denied the right to be heard. The decision was therefore an abuse of process which is hereby quashed...,” Kyalo said. Osotsi yesterday thanked the tribunal for the rulings. “This matter has brought to light the question of independence of State institutions and their role in the democratic management of political parties,” he said. The outspoken legislator criticised some officers at the office of Registrar of Political Parties, Directorate of Criminal Investigations and Office of Auditor General, saying they were questionable. “Why would an independent State apparatus interfere in the internal political party matters?” he posed.