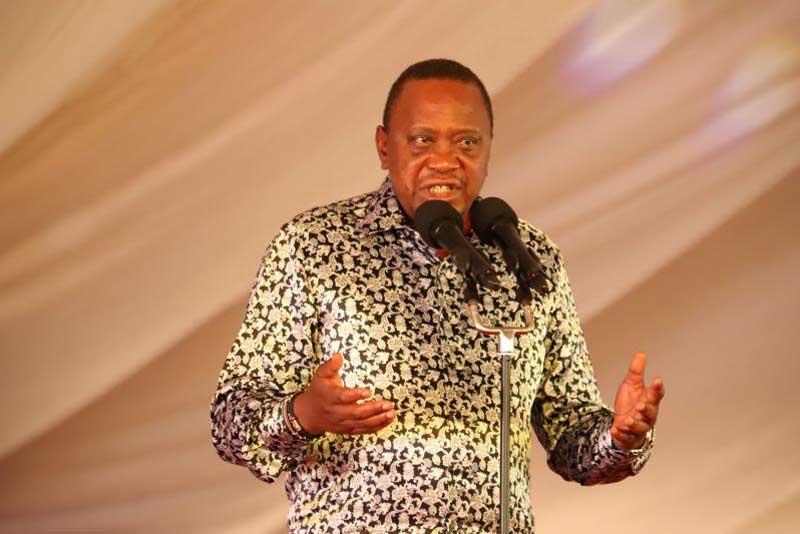 In a surprise decision that apparently caught his security and protocol officers by surprise, Uhuru changed his mind about boarding his jet at the Kisumu International Airport at the eleventh hour on Saturday evening and instead accompanied Raila in a tour of Kisumu town.

Driving in two cars with a skeleton security detail, the leaders, accompanied by Kisumu Deputy Governor Mathews Owilli, made a surprise visit to Kisumu Port before crossing over to the nearby Yatch Club for fish and ugali.

Sources at the airport said the President had told his security commandant that he did not need an elaborate escort. No one noticed them as they drove in two black SUVs, from the airport into Obote Road and finally into the port shortly after 6pm.

Uhuru and Raila had earlier attended the burial of former National Youth Fund boss Bruce Odhiambo in Koru. They flew from the funeral in two separate choppers into the Kisumu International Airport, where the Head of State was to change planes to Nairobi.

“The pilot had started the engine and the President was due to board when the unexpected happened. We saw Raila pull him aside, whisper something to him and the plans quickly changed. The pilot had to  turn off the engine,” said a State official.

“It was unbelievable. It happened so fast, everyone was thrown into a spin. No one knew where the two were going at dusk without security escorts. We later heard they were at the port.”

The Standard learnt that the two leaders decided to drive through the town without security to ensure crowds do not block them and demand to be addressed.

“I saw three Toyota Prados enter the port some minutes to 7pm. I thought they were local businessmen coming to check the port until I saw them alight. I moved closer to confirm if it was the President and Raila I was seeing,” said David Ojwang’, a boda boda rider who was at the port to pick a client.

At the Kisumu port, the President was shown the 4,000-tonne dredger launched by Raila on Friday. He inspected the port and was shocked by the massive invasion by the water hyacinth.

“The President was shocked that he could not see water, as the weed had covered every bit of the lake. He said an urgent and deliberate decision must be made to save the lake and the port. He looked at the prototype hyacinth harvester and said it was too small,” said an official at the site.

Also at the port was Uganda politician and businessman Paul Mukula, who is the National Resistance Movement’s Deputy Chairman. He arrived in Kisumu on Thursday.

The dredging machine has been leased from a Uganda-based Mango Tree company.

Separately, Mr Madanje confirmed that Uhuru made a surprise visit to the port after he was briefed by Raila about the condition of the lake.

“He looked very concerned and said the national government would do all it could (to rid the lake of the weed). He said the port should be back to its former status within the next one year,” he said.