The leaders told Gideon to start marketing himself in Nyanza ahead of the 2022 elections saying he had passed the credibility and leadership tests.

But even as the leaders poured praise on him, Gideon, who is also the Kanu chairman, sought to discourage politicians against engaging in early campaigns for the Presidency.

He also chided those opposed to the proposed referendum.

“I pity some leaders, those who are already dancing themselves lame yet music has not started. The DJ is still testing the tunes. Waende pole pole. (Let them take it easy),” he said

Gideon received a warm welcome when he arrived in the county. On Friday, he conducted a funds drive at Wikondiek SDA church in Karachuonyo.

Yesterday, he was at the Homa Bay Tourist Hotel where he led hundreds of Kanu and ODM leaders at a funds drive for women traders. The event was organised by the Woman Representative Gladys Wanga.

It was during the two functions that ODM leaders who accompanied Gideon urged him to work with Opposition leader Raila Odinga if he wants to become President.

“We want Gideon to work together with Mr Odinga and take this country forward. We are humbled with his humility. He has all the qualities of a good leader,” said Wanga.

She added: “We have looked at Gideon and seen him as someone who can champion development in this country. We are telling him to start working with Raila for the future of this country.”

Ms Wanga criticised a politician she did not name of plunging the country into early early campaigns.

“I hope you know this man I am talking about. He is already dancing before the main dance. Will he not get tired?” she said.

Mr Were said: “Gideon is humble. He is not corrupt. He has not abused anybody. Yeye ni mweupe kama pamba (He is as white as a cotton wool)."

Dr Gogo said residents of Homa Bay are ready to support Gideon in his political plans.

“I want to tell Gideon that he is on the right side of history. If he works with Raila, all Kenyans will board that bus. Once he shakes hands with Baba, everything will be easy,” said Gogo.

However, Mr Oluoch would electrify the meeting when he said the ODM fraternity is closely monitoring Gideon's political moves.

He added: “We are only waiting for a signal from Raila because he is always right. If he says right, we will turn right, if he says left we all turn left.”

Gideon said he was overjoyed with the good reception he had received and that he was surprised Kanu still had many followers in Homa Bay.

There were light moments when both ODM and Kanu supporters started singing Kanu slogans as they welcomed Gideon.

“I dint want to talk about 2022 politics. Only God knows what will happen,” said Gideon.

He promised to help the family settle a Sh1.5 million bank loan Chieng’ died before settling.

Gideon Moi exudes confidence of winning as he faces two rivals
Gideon Moi is seeking a third term as Senator on a Kanu ticket. Also in the race are William Cheptumo and Felix Chelaite.
Rift Valley
By Julius Chepkwony
22 hours ago

Gideon Moi launches bid for senate, says he's a servant
The senator said that he was just a servant ready to serve the residents. Residents said other politicians eyeing the seat should try their luck elsewhere.
Rift Valley
By Julius Chepkwony
1 day ago 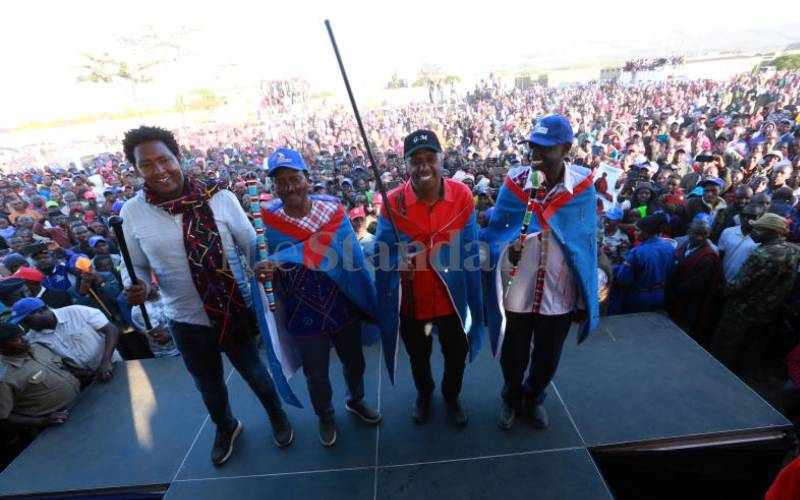 Raila Odinga is your best bet, Gideon Moi tells the Maa
Baringo Senator and Wiper leader Kalonzo intensify Azimio campaigns in Narok. The leaders dismissed DP Ruto’s claims some voters had been removed from the register.
Rift Valley
By Kennedy Gachuhi
28 days ago 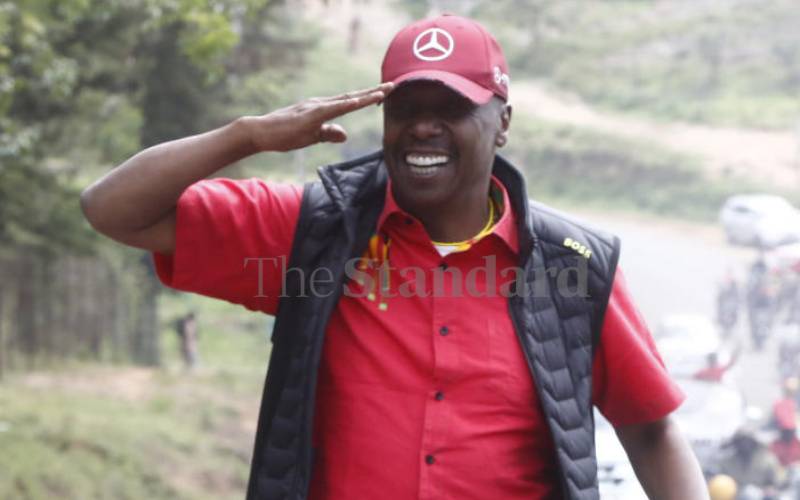 By Allan Mungai 3 2 hours ago
Ruto's plan: Winner or ammunition for rivals?