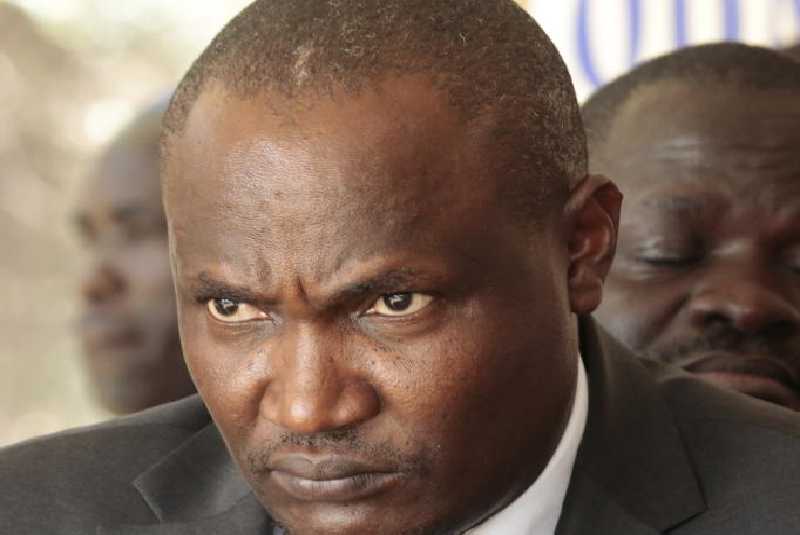 The Nairobi County Assembly has nullified ODM's replacement of minority leader and chief whip Peter Imwatok.
Acting speaker Chege Mwaura said ODM chairman John Mbadi (pictured) did not follow the law and Standing Orders in replacing the two MCAs from their county leadership positions.
On Thursday, Mbadi replaced Elias Otieno with Highrise MCA Kennedy Oyugi and Imwatok with Lower Savanna MCA Nicholas Okumu, through a letter.
"Pursuant to the powers conferred to me by the Constitution of ODM, I hereby communicate the decision taken to remove Okumu and Imwatok as stipulated in the Nairobi County Assembly Standing Order," the letter says.
It was copied to ODM leader Raila Odinga, acting county assembly clerk Nancy Mutai, Otieno, Imwatok, Oyugi and Okumu.
Chege, however, said Standing Orders indicate the changes in the House party leadership can only be communicated to the speaker by the whip, in writing.
Through a letter, he stated that the Standing Order 21 (8) requires that such communications should be accompanied by the resolution of the party or coalition and minutes.
Mwaura said the assembly only recognises NASA as the political entity and not ODM, and consequently any changes should be made by NASA.
"The Deputy Minority leader at the assembly is from a different party, but in the same coalition. Therefore, the decisions contemplated in your letter can only emanate from the coalition for which the Minority Leader was appointed," Chege said.
The speaker referred to a similar case that had set precedence in the Senate after Speaker Kenneth Lusaka in February ruled that ODM is an unknown entity when it tried to remove Bungoma Senator Moses Wetang'ula as the Minority Leader.
He ruled that only NASA had the authority to do so.
In the letter dated October 25, Mwaura added that in the absence of essential requirements, he could not effect changes made by Mbadi.
Share this story

By Ndungu Gachane | 23 hours ago