Focus has now shifted to parliamentary leadership as Kenyans feel the pinch of the eight per cent value added tax (VAT) on fuel approved by the National Assembly and assented to by the President yesterday.

Speaker Justin Muturi dismissed impeachment threats leveled against him as fiction of the imagination of “excited malcontents.” Daring them, he reminded the MPs that following the review of Standing Orders, the Speaker was no longer exposed.

“They lacked strategy and they now want to roll it over on me. They have no clue. You need to tell them that to veto the President’s memo is like changing the Constitution. Noise is not enough,” he said.

“I am not moved by the jabs. I am just waiting for them to make good their threat,” he dared.

Besides Leader of Majority Aden Duale (Garissa Township), Leader of Minority John Mbadi (Suba South) and Minority Whip Junet Mohammed (Suna East), Muturi has been identified by the disgruntled MPs to carry the burden of the eight per cent VAT.

“Muturi is public enemy number one, followed by Duale, Mbadi, Mohammed and the committee chairs. They are bad than the grave,” James Lomenen (Turkana South) fumed.

“Muturi, in this matter, you are not a patriot. We are going to take the necessary measures to address the issue and protect wananchi,” Laikipia Woman Representative Catherine Warunguru added.

Ironically, when Muturi allowed them to express the reservations in the matter the House business was conducted by Hon Soipan Tuya, they had shouted “Muturi for President”.

But their praise was short-lived, especially when he sided with Tuya.

Duale also downplayed the threats, and even dared the irked MPs to make them good. “We should hold to account anybody who makes these threats,” he threw back the jibes.

Dismissing them as hecklers, the leader of majority said his fate can only be determined by the party whose interests he was protecting in a sitting chaired by the party leader.

He said parliamentary systems malfunctioned, showing the number of MPs present as 352, instead of 215.

“There was a hitch in the system,” he said.

Budget and Appropriation Committee Chairman Kimani Ichung’wa also dismissed claims that some MPs were locked up in the toilets to prevent them from voting or that others left the plenary to deny members the requisite number.

“I dare any member who faced any kind of intimidation to speak,” he said, even a number of MPs who registered their frustrations in the plenary singled out Duale and Mbadi as the masterminds.

It also emerged yesterday that the House leadership strategised to ensure that the most acrimonious business came last.

“This was strategy to ensure many MPs get tired, give up and not turn up for the afternoon session,” said another Jubilee MP.

Those opposed stayed put and gave a spirited fight in the afternoon. Majority Whip Ben Washiali (Mumias East) had admitted earlier that it was becoming a tall order to win the MPs’ support and blamed the disobedience on the CDF fallout.

Immediately they put to question the first item on the eight per cent tax on petroleum products and the Nays shouted louder, Tuya declared that the Ayes had it, causing a commotion in the House.

The MPs opposing the matter were confident of carrying the day. Saturday Standard is privy to a WhatsApp group where they had marshaled up to 239 members to overturn the President’s memo.

“The list was prepared between Friday and Monday. Those not on WhatsApp and in support brought the number to 290,” said an MP from Rift Valley who was part of those marshalling colleagues to reject the Bill.

And just as Tuya had a rough time controlling the agitated MPs, Muturi had his fair share but stood his grounds, admitting flaws with the machines projecting a ‘Tharaka Nithi’ vote of 352 but on verification confirmed the 215 indicated earlier by Tuya.

Irked MPs complained bitterly to the Speaker over the conduct of Duale and the other house leaders.

They flagged out the breach in procedure and when the heat was too much, Muturi called for a time out.

He gave the MPs 15 minutes to allow IT experts to check the machines. He then affirmed that the contentious item on eight per cent fuel levy had been lost as the MPs had not raised the requisite numbers to veto the President’s memo. 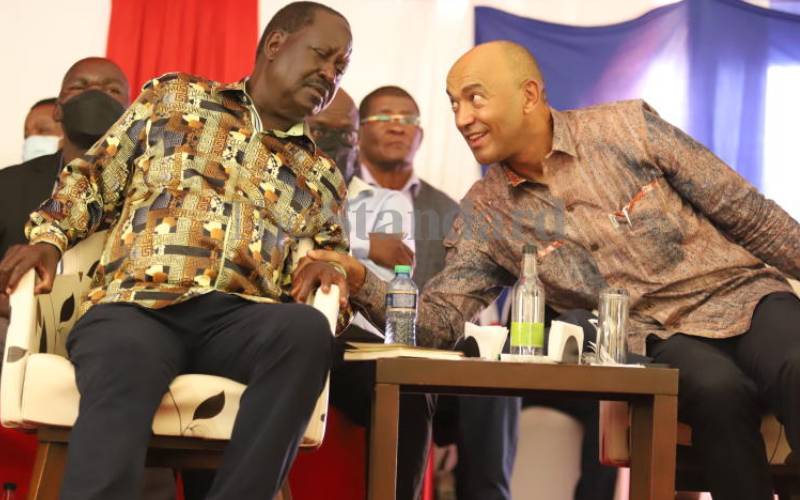 By Ndung’u Gachane | 8 minutes ago 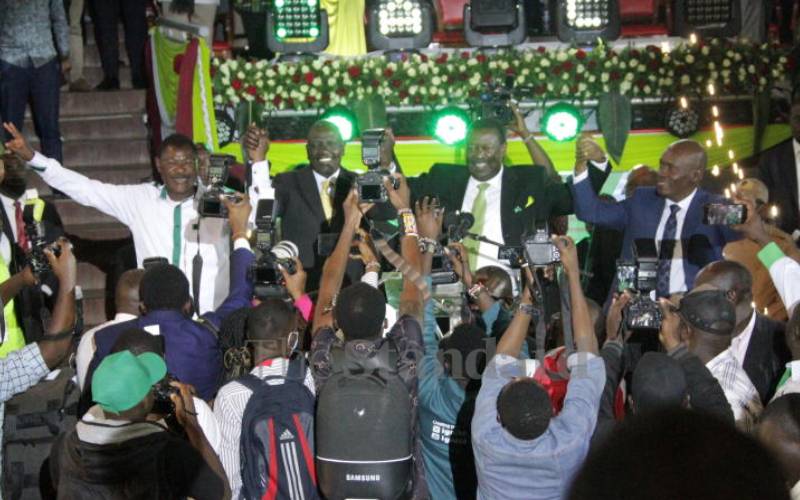