Ten persons have picked up nomination papers for the seat of speaker for the Senate and the National Assembly.

Insiders say National Assembly Speaker Justin Muturi is almost assured of re-election while the fate of his Senate counterpart, Ekwee Ethuro, hangs in the balance.

By Sunday, both Muturi and Ethuro had picked up nomination papers and have until tomorrow (Tuesday) to return them.

Others who have picked up the nomination forms are Teimuge Kevin, Olingo Timothy Ayieko, Okello Patrick, Yegon Vincent, and Maina Sammy Mathai. Lusaka and Machage have already returned their papers.

Sources in Jubilee, which enjoys a majority in both Houses, intimated that Muturi and Lusaka may be the favourites while Nakuru Senator-elect Susan Kihika is earmarked for deputy speaker in the Senate.

Although Murang'a Senator-elect Irungu Kang'ata had expressed an interest in the position previously held by his predecessor, Kembi Gitura, by yesterday he had yet to pick up the papers.

Kuresoi North MP-elect Moses Cheboi is set to replace Bomet Governor Joyce Laboso, who held the position of deputy speaker in the National Assembly in the 11th Parliament. Others who have expressed an interest in the position include MPs-elect Martha Wangari (Gilgil) and Naisula Lesuuda (Samburu West).

Garissa Town MP-elect Aden Duale said talks were progressing well and that the ruling party would unveil its line-up tomorrow.

"Our line-up will be made public on Tuesday," Mr Duale said.

Earlier, Nyachae was touted as the favourite for the Senate seat but the fact that Chief Justice David Maraga comes from the Kisii community works against him.

The same will apply for Obure on grounds that two individuals from the community cannot hold leadership in two of the three arms of government.

Sources indicate that the Muturi-Cheboi and Lusaka-Kihika line-up remain the preferred one for the leadership of the National Assembly and Senate respectively.

Planned prayer vigil outside Supreme Court fails to take off

Security operation extended to estates to prevent Opposition supporters from heading to the city centre. 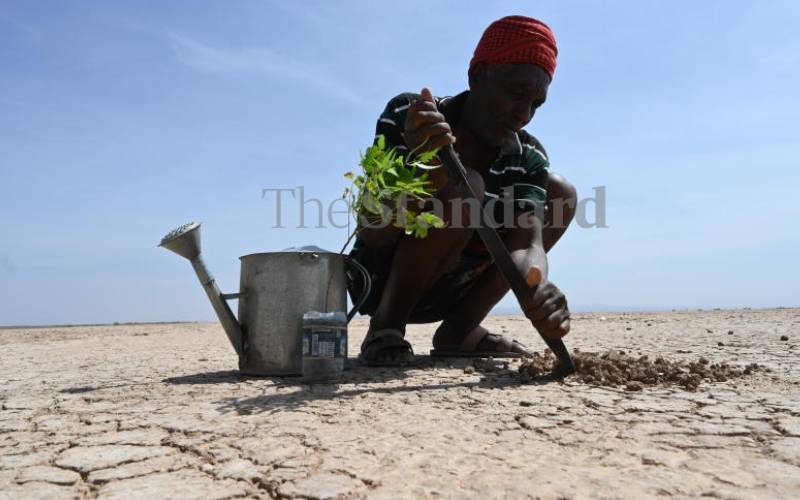 By Lynet Otieno and Hellen Miseda | 1 hour ago