More than 40 nominees met yesterday at Sweetwaters Camp in Nanyuki for a strategy meeting to shore up voter numbers and counter the wave of independents. But key on their agenda was the issue of independent candidates, who they branded a “coalition of losers”.

“We want to discuss how we are going to mobilise votes and how to help our colleagues who are facing threats from the coalition of losers,” said Gatundu South MP Moses Kuria.

The meeting took place as independent candidates allied to Jubilee met at Kasarani (see story next page). Both groups appear to be clamouring for the blessings of the President and his deputy William Ruto, both of whom gave the meetings a wide berth.

The Nanyuki meeting however fell short of the expected 100 nominees as others opted to stay away. The only governor nominees present were Anne Waiguru, Joshua Irungu and Wahome Gakuru. Susan Kihika and Njeru Ndwiga were the only senate nominees present, with the rest being parliamentary candidates.

Irungu, who hosted the meeting, showed up after concluding another one at SportsMan Arms Hotel where Devolution CS Mwangi Kiunjuri met nominees from Laikipia County.

The Nanyuki group told off the independents, saying they went against an earlier agreement to support the winners of the primaries. “There are people who decided to go to other parties from day one, we have no problem with them. But people who were with us in the nomination and then went out posing as independent candidates, to us they are a coalition of losers,” said Kuria.

The nominees accused the independents of blackmailing the party to earn recognition. “There has been this notion that people need to vie as independent candidates to get votes for the President. That is a misconception,” Kuria said.

Mathira parliamentary aspirant Rigathi Gachagua said President Kenyatta was assured of the region’s backing and should not bow to pressure to acknowledge the independents.

“The defeat of a few people will not affect the presidential vote. The vote is intact and the narrative of voter apathy should be dismissed with contempt,” Rigathi said.

The parliamentary hopeful said electing independents would be a gamble for the party and voters. “Do you really want to give the President a mandate then tie his hands at the back? ,” he said. “It is critical that there are enough Jubilee members in Parliament. The independent people are simply independent, they can choose to support him or not.”

Kipipiri nominee Amos Kimunya said the onus is on the Jubilee Party to ensure a parliamentary majority. “We do not want to do to Uhuru what happened to Kibaki in 2007 when he did not have a majority in Parliament. They (independendts) cannot even make it to house committees if they are not nominated by a party,” he said. 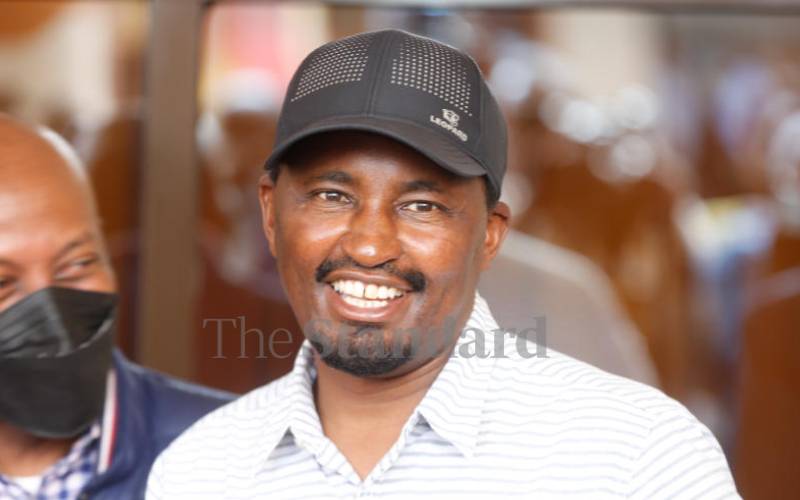