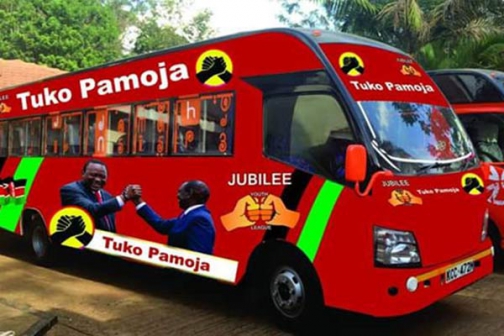 The Party of National Unity (PNU) and Saba Saba Asili officials Wednesday said their parties will not fold.

They said they are not among parties that will join on Saturday to form President Uhuru Kenyatta's re-election vehicle.

Kenyans furious after being registered to ‘foreign’ political parties

"We cannot go with their programme. We are not for the merger," Anunda told The Standard on phone.

He said they have postponed the NDC because of some proceedings he said are still pending before the Political Parties Tribunal.

In a letter to the Registrar of Political Parties Lucy Ndung'u dated September 6, 2016, the party indicates that it had withdrawn its earlier decision to merge, and directed their delegates to keep off the meeting at Kasarani Stadium.

Eden Hazard has aimed a swipe at Jose Mourinho by insisting Antonio Conte’s man-management has improved the Chelsea dressing room after an “ugly” season.

By Brian Otieno and Patrick Vidija | 20 hours ago