Migori Governor Okoth Obado on the spot over spending

Migori Governor Okoth Obado may be forced to refund the County Government Sh545,500 if he fails to produce payment vouchers to a Senate watchdog committee.

Governor Obado was given one week by the Senate Public Accounts Committee to look for the documents after some of his officers provided payment vouchers to auditors without supporting documents.

Auditor General Edward Ouko in his 2013/2014 report established that most suppliers' payment vouchers for goods did not have adequate support.

Obado yesterday said his government had submitted all the required payment vouchers amounting to Sh1.3 million complete with the supporting documents.

But representatives of the Auditor General at the sitting clarified that only vouchers amounting to Sh829, 300 were properly submitted, but the remaining payment vouchers of Sh545,550 were declared irrelevant. Senators were taken aback after auditors disclosed that they had a meeting with county officials regarding documents which were rejected.

Graft case against Governor Obado fails to kick off over evidence

CJ David Maraga to President Uhuru: You are playing in a higher league that I can't complete in

Initially, Allan would call relatives to ask for some assistance but all of a sudden communication died and he could not be reached on phone. He has an aunt living in Nairobi and she would inform relatives at home each time he called. 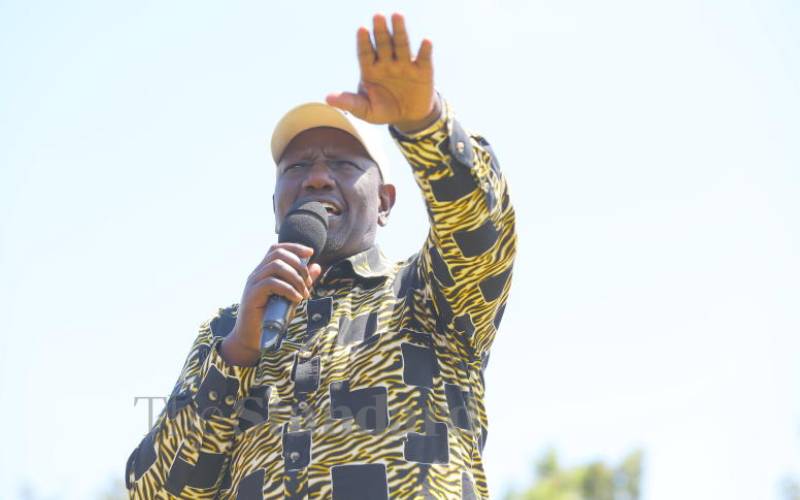 By Jackline Inyanji | 6 minutes ago

By Ndungu Gachane | 15 hours ago